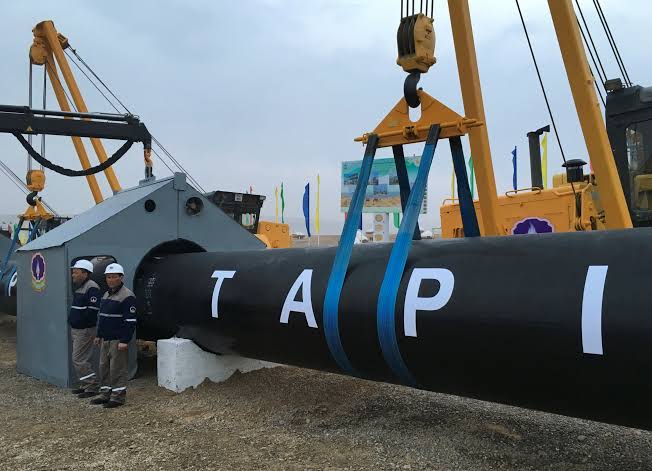 ISLAMABAD: Turkmenistan has expressed its willingness to revisit the gas price of Turkmenistan-Afghanistan-Pakistan-India (TAPI) Gas Pipeline Project and the Pakistani government has constituted a five-member Price Negation Committee (PNC) to negotiate with Turkmenistan in this regard.

Earlier this month, the Petroleum Division had proposed the federal cabinet’s Economic Coordination Committee (ECC) that the gas price of TAPI, which was agreed seven years ago under the Gas Sales Purchase Agreement (GSPA) with Turkmenistan, should be revisited as the energy scenario has evolved over the years.

The ECC was further apprised that that in a recent communique, Turkmenistan “has confirmed its intent to consider discussions on the TAPI gas price”.

It was informed that the pricing of gas was communicated by Special Assistant to Prime Minister on Petroleum Division Nadeem Babar to his Turkmen counterpart during his visit to Turkmenistan in May last year.

“Since the proposed negotiation will involve considerable commercial exposure, including facilitation by the Pakistani government, therefore, this ministry has proposed that a PNC may be constituted,” a Petroleum Division official said.

Considering the proposals of the Petroleum Division, the ECC, held on 8th January 2020, had agreed to constitute a committee to negotiate the gas price with Turkmenistan.

Earlier in 2012, a GSPA was signed between Pakistan’s Inter-State Gas System Limited (ISGSL) and Turkmenistan’s Turkmengaz for the supply of 1.3 billion cubic feet per day (BCFD) gas to Pakistan, Afghanistan, Pakistan and India.

Sources in the energy sector told this scribe that TAPI gas was cheaper than LNG, as the former would cost around $8.268/mmBtu compared to the latter at $8.982/mmBtu.

They said the planned flow of non-compressed gas from the TAPI pipeline would commence from December 2023, adding that government was keen to have a new compatible gas price under the TAPI Gas Pipeline Project.

The TAPI project comprises two phases. In the first phase, there would be a free flow of gas in the pipeline, which will be completed at an estimated cost of $5-6 billion, while in the second phase, compressor stations would be set up at a cost of $2 billion.

Pakistan would complete phase-I of the project within 30 months after initiating work on laying the pipeline from Chaman to Multan via Quetta and Dera Ismail Khan.