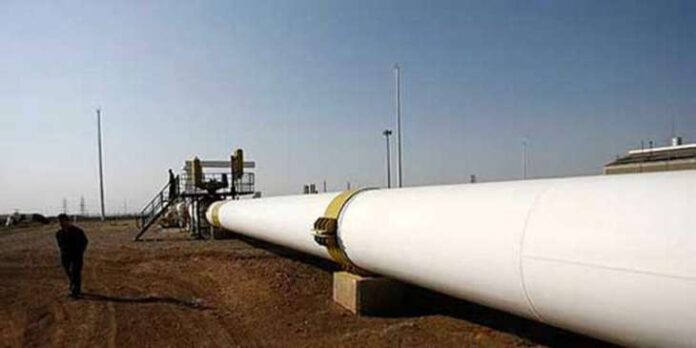 ISLAMABAD: The government has imposed a new condition, making it mandatory the provision of ‘natural gas availability certificate’ for new gas supply schemes across the country.

The decision was taken keeping in mind the ongoing gas crisis in the country.

According to documents available with this scribe, the Petroleum Division on Jan 28 had sought the federal cabinet’s approval to impose a condition – provision of natural gas availability certificate, duly signed by the division, for the execution of new gas supply schemes.

Currently, there existed a persistent gap in the demand and supply of natural gas in the country, which was partly being filled through imported Re-gasified Liquefied Natural Gas (RLNG).

The government, while considering this deficit, had already imposed a moratorium on new gas connections for commercial and industrial consumers.

Earlier on August 9, 2019, the cabinet had approved the execution of new gas supply schemes in the country under the Sustainable Development Goals Achievement Programme (SAP) and enhanced the cost limit for undertaking a gas supply scheme to Rs300 million from Rs50 million ostensibly to appease the ‘parliamentarians’ and gain the public sympathies.

Similarly, in order to execute gas schemes, the Sui Southern Gas Company Limited (SSGCL) and Sui Northern Gas Pipelines Limited (SNGPL) were given exemption from the requirement of preparation of PC-1 for release of funds under SAP.

Likewise, the steering committee on SAP was given authority to approve the gasification schemes for execution by the gas utility companies. Moreover, the concerned deputy commissioner or district coordination officer was mandated to fulfill the codal/procedural formalities while forwarding the gas scheme(s) to the Cabinet Division for approval of the steering committee.

It is relevant to note that the cabinet in its meeting on Feb 21, 2019, had approved the constitution of a steering committee on SAP, besides approving guidelines with specific focus on the schemes of education, health, clean drinking water, farm to market roads, gas (missing gas infrastructure subject to the availability of gas duly certified by the petroleum division), electricity and interventions leading to SDGs (sustainable development goals).

And, the steering committee on SAP in its 7th and 8th meetings while discussing gas development schemes had directed to form a five-member sub-committee for according approval to gas schemes.

As per the document, the cabinet in its meeting held on Jan 28 this year had also approved the constitution of a sub-committee as recommended by the steering committee on SAP.

It is also learnt from the documents that the 8th SAP meeting also directed the Petroleum Division to move a summary to the Prime Minister/federal cabinet for waiving off condition of certification regarding missing infrastructure and availability of gas for schemes under SAP.

However, the cabinet had declined to waive off the condition of certificate for gas schemes.