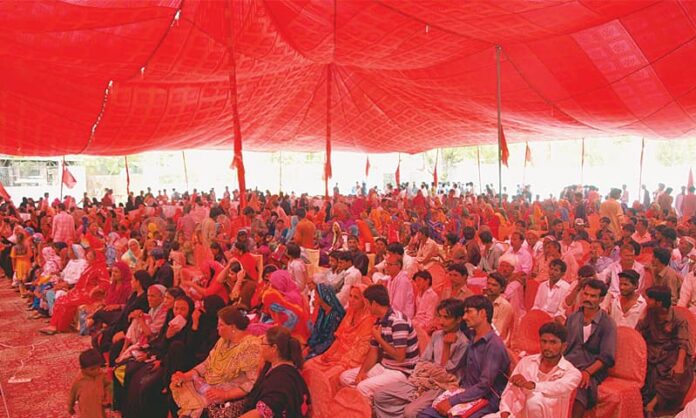 Labour rights activists, including men and women from the bonded labour camps near Hyderabad, called on the government to recognise and address the rising inflation that had left them unable to afford flour and sugar.

HRCP council member Hina Jilani, Honorary Spokesperson I A Rehman, Sindh Vice-Chair Asad Iqbal Butt and Secretary-General Harris Khalique assured participants that the commission would continue to raise its voice for labour rights throughout the country.

The convention concluded with a unanimous resolution calling on the government to recognise that rising inflation, unemployment and unbridled price hikes had crushed the working classes. This should be considered an emergency: the government must admit its failure and change the course of the economy. Pakistan’s feudal and monopolistic capitalist order must be replaced with a people-centred economy.

Decent employment, health and education are constitutional rights that must be realised by the state. The official minimum wage must be paid in every sector by the public and private sector. Moreover, women must be paid equal wages.

In the light of the Sindh High Court’s ruling, the powers of the Tenancy Tribunal must be taken from the bureaucracy and invested in the judiciary. Government officials who refuse to register the names of farmers in Form 6 of the land records, must be penalised.

All farmers must be given ownership rights of their homes. In addition, farmers and their crops must be insured so that they are protected from further poverty and destitution in case of a natural or man-made calamity.

The resolution also demanded an end to forced conversion of peasant women from minority communities. Those committing or encouraging such practices must be brought to justice.