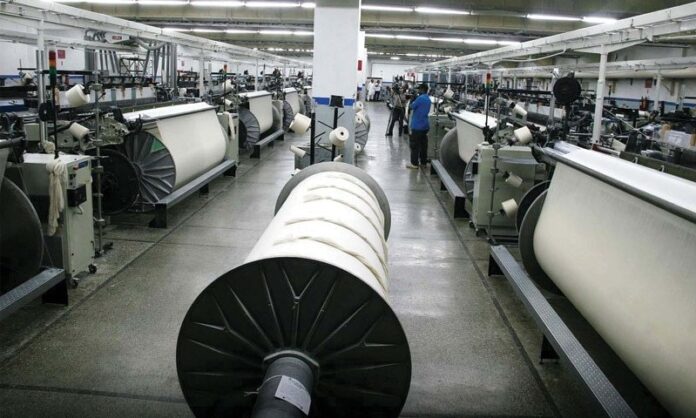 They also demanded a reduction in interest rate to 5pc for the industry, besides suspension of 1.5pc turnover tax.

“Turnover tax is a presumptive tax on profits, and as there is no profit possible under the current circumstances, it should be suspended or held in abeyance,” said a statement issued by APTMA on Tuesday. “The zero-rating regime for the sector must be restored.”

The body claimed that given the record of the Federal Board of Revenue (FBR) and the design of the sales tax system, at least three-month sales tax gets stuck in the pipeline before it is refunded.

“As the refund is only reclaimable after exports — which have become stagnant, collection of sales tax will only hasten bankruptcies, and usher in a serious depression. We strongly urge the government to suspend the sales tax regime until normalcy returns,” the statement read.

The textile millers further demanded the government to renegotiate its LNG contracts on favourable terms in order to reduce the cost of gas in the near future.

“Get NEPRA to redetermine the tariffs of IPPs to reflect the actual rates of return; it will reduce power tariffs and circular debt of the country.”

Given that the great majority of export orders have either been deferred or cancelled, the entire textile sector is in crisis, the APTMA leaders said, highlighting that Europe and the USA are closed for business.

“The crisis is further compounded by the fact that industry has entered cotton import contracts, the values of which has fallen from around 80 cents/lb to 50 cents/lb as of today.”

They demanded that given this grave situation, the government’s steps of deferring loan repayments and speeding up of refunds will fall far short of keeping the industry afloat.

“This will result in a lot of concerns/companies going bankrupt. The impact on unemployment can only be shielded by the industry for a month or two beyond which there will be no capacity to retain workers,” they stated.