Virus lockdowns leave poultry industry on the verge of collapse

'Due to the closure of marriage halls and restaurants, poultry industry is incurring a daily loss of around Rs1bn' 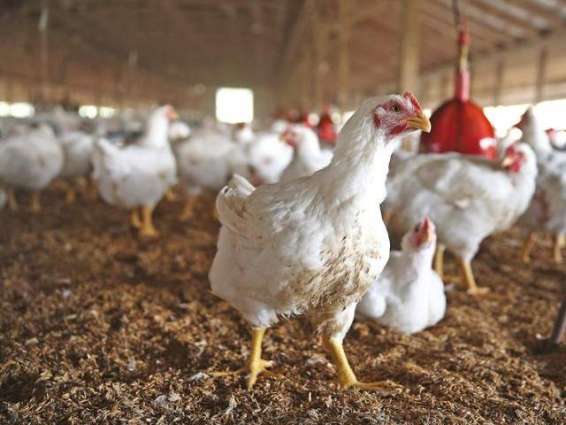 LAHORE: Coronavirus lockdowns, which have led to the closure of marriage halls and restaurants across the country, have further dented the already struggling poultry industry, with many farmers expecting a surge in the prices of chicken during the month of Ramazan.

Talking to Pakistan Today, Pakistan Poultry Association (PPA) Secretary Major (r) Javed Hussain Bukhari said most hatcheries are either throwing away chicks or destroying the eggs as high cost of production and lack of demand has made their businesses unviable.

“They [hatcheries] are not sending chicks to broiler farmers, and even the farmers are reluctant in taking them under the current circumstances. As a result, most of the chicks are dying at the hatcheries.”

“Owing to high production cost, the poultry farmers are reluctant to produce chicken and this may lead to low production. And when the demand will ultimely increase in Ramazan, the prices will automatically go up as production (supply) would be less.”

Bukhari said before the Covid-19 lockdowns, poultry farmers were producing chicken for marriage halls and restaurants (major consumers). “Following the lockdowns, they have stopped buying our produce which has badly impacted our sales.”

He said the biggest reason behind high cost of production is the exorbitant cost of ingredients used to prepare chick feed, adding that farmers aren’t getting enough return from the market to cover the costs.

Agreeing with Bukhari, Irfanullah Malik, a poultry farmer and trader from Sahiwal, requested Prime Minister Imran Khan to help avert the prevalent poultry crisis and provide healthy, hygienic and economically-priced chicken meat to the nation, besides saving hundreds of thousands of people associated with poultry industry from unemployment.

He said the production cost of chicken has increased 50pc within the last two years, however, the “farm gate rate” and chicken’s “market price” on average has been on the same level for the last decade or so.

“We want the government to give a relief package to broiler poultry farmers, and also announce interest free and concessional loans schemes with easy terms and quick processing.”

Meanwhile, former PPA chairman Abdul Basit informed that hatcheries produce around four million chicks on a daily basis (six million kgs of chicken). “But due to lockdown and closure of marriage halls, cumulative losses of poultry industry as a whole is around Rs1 billion per day.”

He said as the government had announced to reschedule loans for industries and sectors that had defaulted after December 31, 2019, it should also reconsider this clause for poultry industry, which defaulted way before this date due to high cost of production.

“The government should defer the electricity and other utility bills for three months to help the poultry industry survive this tough period,” he added.