Aramco close to inking $10bn deal with group of about 10 banks: sources 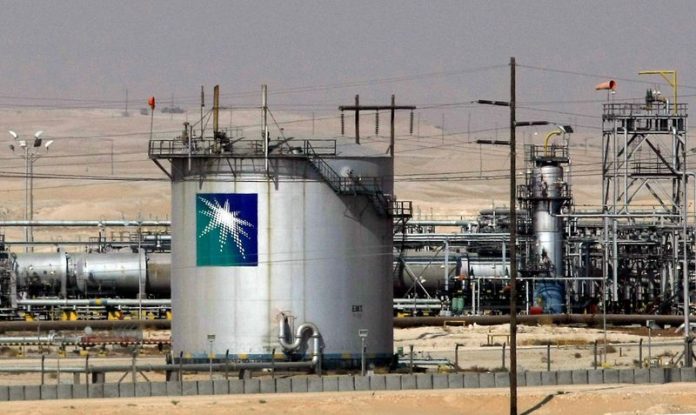 DUBAI: Saudi Aramco is about to finalise a $10 billion loan with a group of roughly 10 banks, three sources familiar with the matter said, as the oil giant seeks cash amid record low oil prices.

Aramco is raising the loan to back its acquisition of a 70 per cent stake in Saudi Basic Industries Corp (SABIC) from Saudi Arabia’s Public Investment Fund, a deal worth almost $70 billion, sources have previously told Reuters.

Another source has said that while the loan would most likely back the SABIC acquisition, Aramco could also use the cash for other purposes, including dividend payments.

A group of about 10 banks has agreed to provide the financing, with HSBC and Japan’s Sumitomo Mitsui Banking Corporation (SMBC) providing the largest commitments of nearly $1.5 billion each, the three sources said.

The loan has been agreed upon but has not yet been finalised, said the sources. Aramco, HSBC and SMBC did not immediately respond to a request for comment.

Aramco is the world’s largest oil producer and its most profitable, but the fundraising plans coincide with historic turmoil in the global oil market.

The company has committed to complete the $69.1 billion acquisition of a controlling stake in SABIC by the second quarter of this year.

SABIC’s chief executive said this week he expected no change to the timeline of the deal.