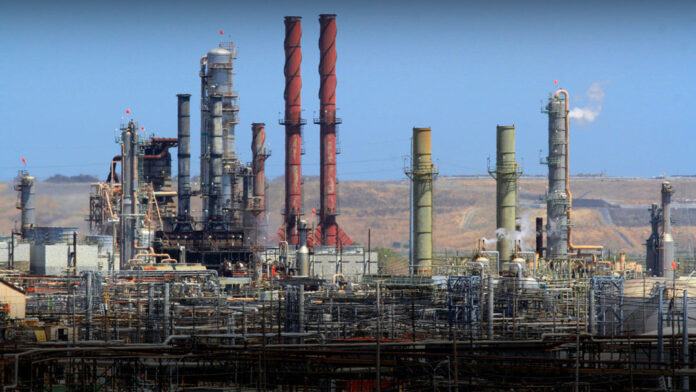 ISLAMABAD: Oil refineries have asked the government to announce a bailout package for them since the country’s oil and gas sector was struggling to survive amid COVID-19 crisis.

According to sources, the Petroleum Division would soon present financial constraints/losses being faced by the country’s refineries before Prime Minister Imran Khan.

During the meeting, likely to be held in the coming week, the division would also raise issues pertaining to the uplift of refineries. Representatives of oil refineries were also expected to attend the important meeting.

According to documents available with this scribe, the country’s gas department had lost around Rs51 billion during the months of March and April, 2020, of which Rs15.5 billion were lost on account of drilling and production of gas. Similarly, Sui Southern Gas Company Limited (SSGCL) incurred a loss of Rs9.4 billion while Sui Northern Gas Pipelines Limited (SNGPL) took a hit of Rs12.9 billion due to reduction in gas demand after the spread of COVID-19.

Sources informed that the country’s refineries had recently written to the Petroleum Division, asking for a bailout package to run their operations. It was informed that due to the sudden decline in demand post coronavirus outbreak, losses of Attock Refinery have surged to over Rs7.75 billion, while that of National Refinery were recorded at Rs4.35 billion, BYCO Rs40 million, PARCO Rs6.52 billion and Pakistan Refinery Limited Rs2.69 billion.

“Since the pandemic has badly affected our profitability, the government should urgently address financial constraints faced by those refineries whose survival is currently at stake,” the letter read. Refineries are also carrying huge inventories, as oil was acquired at higher cost before the reduction in prices on March 25, 2020.”

Further losses are expected during the months of May and June 2020, it maintained.

According to documents, total inventory losses suffered by five major refineries including ARL, NRL, PRL, BYCO and PARCO during March 2020 were recorded at Rs16,120 million while projected inventory losses for April 2020 (except PARCO) stood at Rs9,729 million.

“The government is required to provide temporary monetary support to individual refineries which shall be subsequently returned in the following proposal: ‘Payment of monthly PDL which is due on 15th of every month is deferred for a period of six months, starting from May, 2020; i-e payment of May 2020 shall be paid in November, 2020 and so on’. For transparency purposes, refineries’ claim for inventory losses may be audited by statutory auditors of the respective refineries.”