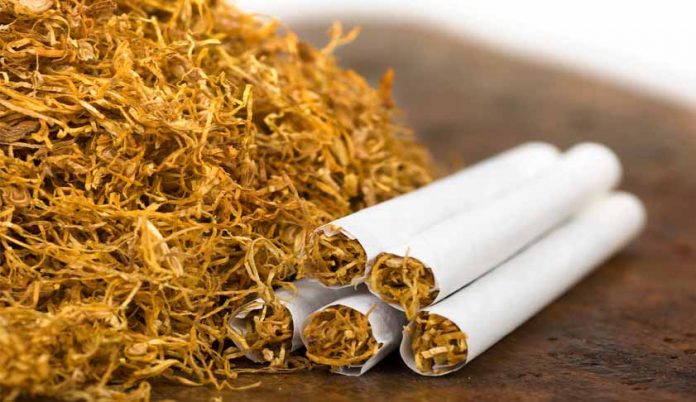 LAHORE: As Pakistan continues to lose billions of rupees every year due to illicit tobacco trade, the high-handedness of multinational companies and loopholes in the system, a local firm has proposed a plan to generate up to Rs260 billion revenue to rescue the struggling local industry without increasing the consumption.

The proposal has been submitted to the Federal Board of Revenue (FBR), which is in the process of making national budget amid coronavirus pandemic, which has shattered the country’s fragile economy.

“We anticipate that our proposal has the potential to substantially increase duty paid volume (whilst not increasing consumption) and federal excise duty (FED) revenue to reach Rs260 billion annually at the end of the programme,” said Sajid Khan, a representative of the Cigarette Manufacturing Association, which floated the proposal based on a detailed study about key issues related to the industry.

The seven-year plan, based on a detailed study, will not only ensure a steady increase in revenue but will also provide a breathing space for the local tobacco companies whose competitiveness is eroding due to international brands’ high-handedness and may not survive if changes are not made in the existing system.

Since the proposed control framework cannot be sustained by FBR in isolation, it was recommended that a multi-stakeholder Illicit Trade Enforcement Board is established consistent with best practice from overseas (notably Australia, Canada and the United Kingdom).

According to the spokesman, the success of the proposal hinges on FBR’s commitment to enforcement so that all economic operators, large and small, local and foreign, participate to the fullest extent.

Among major factors responsible for suboptimal government revenue that has the local firms and brands out of the competition, three-tier structure and illicit tobacco trade, which fluctuates with NGO estimates of 10pc of the market to MNC’s estimates of 33pc of the market, were identified.

To address the issues, the government has been proposed to make a temporary change to the current Federal Excise Duty (FED) structure by splitting the current second tier into a mid-price tier and a local-price tier.

Over the course of the seven-year period, the minimum price and FED rate of the local-price tier will rise more sharply than that of higher tiers, thus achieving a high degree of convergence, it was noted.

Critical to the success of the programme is that there is a guarantee, but reducing minimum price differential between international and local brands.

The proposal said that currently, FED in the second tier represents 53pc of the minimum price. It is proposed that in the programme, this ratio is retained through the course of the programme for both the Premium and Mid-price tiers and for the proposed local tier with reference to its own minimum price.

Retaining the 53pc ratio means that FED rates are increased each year proportionate to the minimum price increase and that there is a fair and equitable fiscal contribution from all segments in the market.

Given that the minimum price for local brands increases faster than that of Premium or Mid-priced brands, the fiscal contribution of local brands is foreseen to grow faster, achieving a converging effect.

While talking about the elimination of illicit trade from the tobacco market, the proposal said that the FBR should produce and validate an accurate register of the domestic manufacturing locations, strict enforcement of license criteria to operate machinery, require the machinery owners/operators to accurately report monthly quantities produced of each brand as well as the quantities sold ex-factor to distribution entities.

It also recommended FBR to operate a system of surveillance to ensure it has intelligence on the most used illegal import routes so that controls can be strengthened.

In addition, it was suggested that FBR should engage with authorities in neighbouring countries from where illegal imports originate.