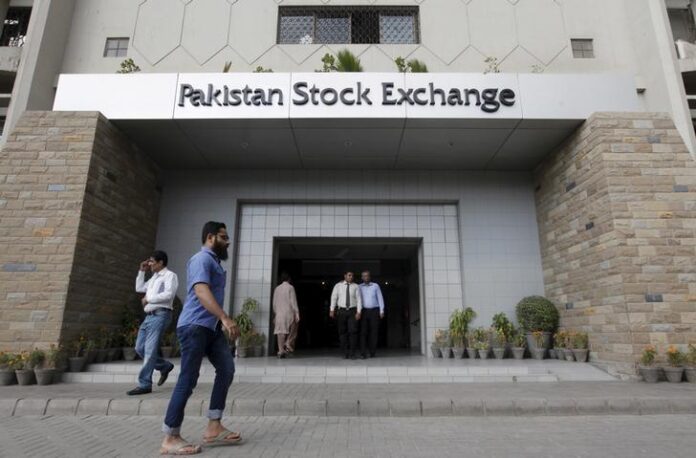 Global equities, on the other hand, remained in the negative zone, with crude oil prices falling from the previous close; WTI Crude oil dropped 2.82pc to $37.84 while Brent Crude oil fell 2.23pc to $40.26.

“Today’s rally was led by the banking sector, as all scripts contributed positively to the index (BAFL hitting upper circuit),” said a report issued by Arif Habib Ltd. “Although crude oil prices remained under pressure, renewed interest in the E&P sector from investors in general and foreigners in particular helped these stocks maintain a plateau.”

Buying interest was also observed in the chemical stocks. As per Arif Habib Ltd, these stocks may be in the limelight either “due to Covid-19 or anticipated tax relief in the upcoming budget”.

Meanwhile, in a notification to the exchange, Sazgar Engineering Works Limited (SAZEW +4.87pc) announced its production and sales figures for the month of May 2020. A total of 519 units were produced during the month, while 525 units were sold.