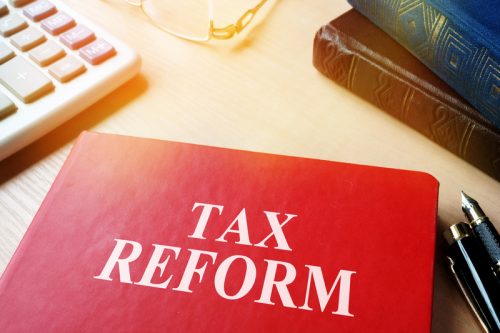 LAHORE: The country’s leading tax experts and consultants said that the federal budget for 2020-21 presented on Friday failed to address the daunting challenges faced by the country’s economy and stressed on the need for tax reforms.

Talking to Profit, Dr Ikramul Haq, a leading tax consultant said that in Pakistan an oppressive, unfair and complex tax system is the main cause of many distortions in the economy.

“The Finance Bill 2020 has failed to address the daunting challenge of mitigating the economic toll of Covid-19 pandemic. The government has not reversed the negative role of taxation in order to ensure survival and revival of businesses,” he said.

The outgoing fiscal year, due to the Covid-19 pandemic, was one of the worst in Pakistan’s history with a negative growth and record high fiscal deficit of Rs3500 billion.

“The Federal Board of Revenue (FBR) missed the original tax collection target of Rs5.5 trillion by a big margin of over Rs900 billion. This wide difference cannot all be attributed to the Covid-19 epidemic,” Ikramul Haq added.

“There is massive leakage in revenues due to FBR’s sheer inefficiency and incompetence. There is a very high cost of compliance for citizens as 90 percent collection comes through withholding or advance tax or tax paid with returns.

He urged the government to bring tax reforms and reduce the cost of doing business and eliminate all unnecessary withholding taxes.

“The strategy of raising revenues through multiple high taxes and numerous withholding provisions has miserably failed,” he said.

Agreeing with him, Huzaima Bukhari, a tax consultant, urged the government to adopt a tax system in line with that implemented in the United States (US).

In 2004, Michael Graetz, a tax expert at Yale University, came up with an innovative way for simplifying American tax code, suggesting to replace income tax with Alternate Minimum Tax (AMT), implemented at a uniform rate of 25 percent on families earning in excess of $100,000.

As a result only 25 million people were to pay income tax. Hence, to make up for the lost revenue, Graetz introduced a value added tax between 10 to 15 percent.

Huzaima Bukhari stressed that such a system if implemented in Pakistan would simplify the system and shift the tax base towards consumption rather than income.

She further suggested that the sales tax should be rationalised by reducing its rate to 8 percent.

“The end consumers should be given the facility to get a refund of 1 percent on production of evidence of payment of sales tax with no questions about the source of expense,” she said while adding that it would encourage documentation as buyers will invariably insist on getting the purchase invoice.