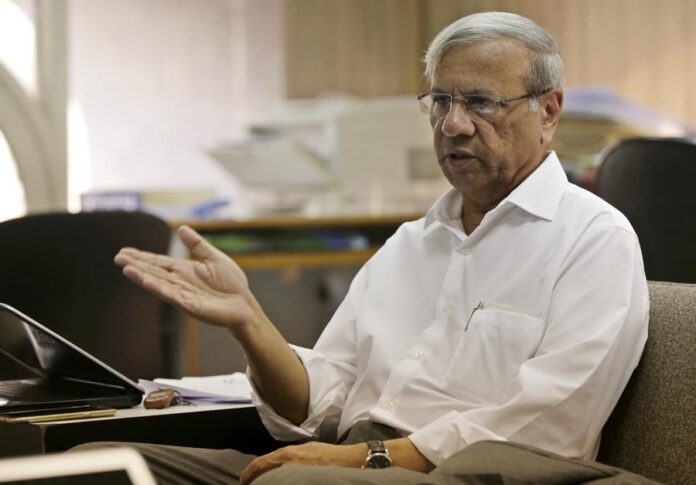 KARACHI: Eminent economist Dr Kasier Bengali on Sunday said that Pakistan’s economic policies are being dictated by Washington and the International Monetary Fund (IMF) due to which no proper attention has been given to China-Pakistan Economic Corridor (CPEC) in the Budget 2020-21.

“Pakistan’s economy mainly relies on foreign loans, so the economic managers are trying to appease the IMF and other international lenders by not mentioning the CPEC,” said Dr Bengali while replying to a question raised by a participant.

“The Budget 2020-21 is a traditional budget, which has no focus on changing economic priorities,” he added.

He said that the Covid-19 pandemic will affect many industries which may render millions of workers jobless in the future.

Dr Bengali, who has remained economic advisor to various governments in the past, said no relief was provided to the working class in the Budget 2020-21.

In fact the Budget 2020-21 is an attempt to extract maximum tax revenue from the pockets of common people on the instructions of the IMF, he remarked.

According to him the federal government is due to increase prices of utilities in September or October as the prices of electricity and gas have not been increased in the budget.

Dr Bengali pointed out that despite the economic crisis, the government has not reduced its non-development budget and funds for operating government departments. “The government has shifted the blame to COVID-19 for all ills of the economy, but before the pandemic the economy was already on ventilators,” he said.

He said Pakistan’s economy is being run on foreign as well as domestic loans and no measure has been implemented to reduce burden of loans.

“Our exports, which were decreasing before Covid-19, would further come down as the world economies are shrinking and European countries and the US have officially declared recession in their economies,” he said.

“The purchasing power of people in the wealthy countries in the West has eroded so they will buy less in the coming days, which means Pakistan will be able to export less,” he added.

This slowdown in exports is expected to result in closure of more textile companies in Pakistan as textiles and garments are the major exports of the country thus rendering millions of the workers unemployed and causing a drastic reduction in the government’s revenue.

“The only solution to save the workers from the economic shock and unemployment is that the government should introduce a social security system to provide at least Rs3,000 per month cash grant to each citizen. Unfortunately, about 2 to 3 percent of workers do not even have a National Identity Card (NIC), which makes them ineligible to receive any social security benefit,” he said.