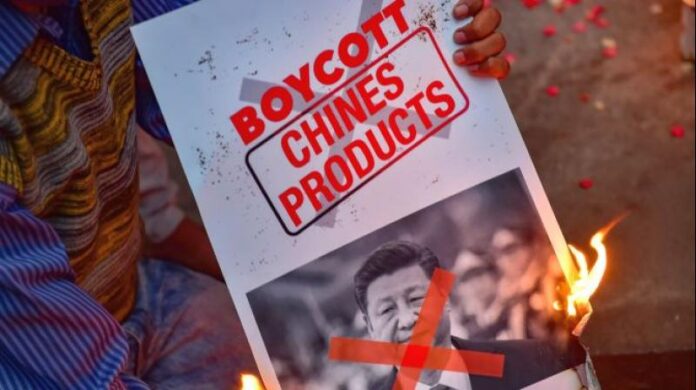 NEW DELHI: A boycott of goods from China may not be feasible as India is dependent on such imports, although New Delhi should try to cut its dependence on them, India’s top export promotion grouping said on Thursday.

As calls have grown in India for Chinese products to be shunned after a border clash between the neighbours killed 20 Indian soldiers, customs officials at the key port of Chennai have held shipments originating from China for extra checks.

“We extend our support to the government to make India self-reliant in the face of the recent tiff with China, but we should also keep in mind that we depend on China for a lot of key raw materials,” said Sharad Kumar Saraf, president of the Federation of Indian Export Organisations (FIEO).

The government should ask Indians to stop buying Chinese items that are also made by Indian companies, but a ban or boycott of all Chinese products would hurt Indian manufacturers, Saraf told reporters.

Greater scrutiny of shipments from China at the southern port of Chennai, one of India’s biggest, handling cargo ranging from automobiles and auto components to fertiliser and petroleum products, could disrupt supply chains.

Prime Minister Narendra Modi has been vocal about promoting domestic manufacturing and protecting small firms. Last month Modi launched “Atmanirbhar Bharat”, a campaign for a self-reliant India, in addition to his “Make in India” programme.

“Our companies import a lot of raw materials that are critical for making the goods that we export,” said Ajay Sahai, director general of FIEO.

“We should avoid a knee-jerk reaction.”

Two-way trade was worth $88 billion in the fiscal year to March 2019, with a deficit of $53.5 billion in China’s favour, India’s widest with any country.

The most recent data shows India’s trade deficit with China was $46.8 billion between April 2019 and February 2020.