Govt to collect approx Rs75bn in July from POL consumers 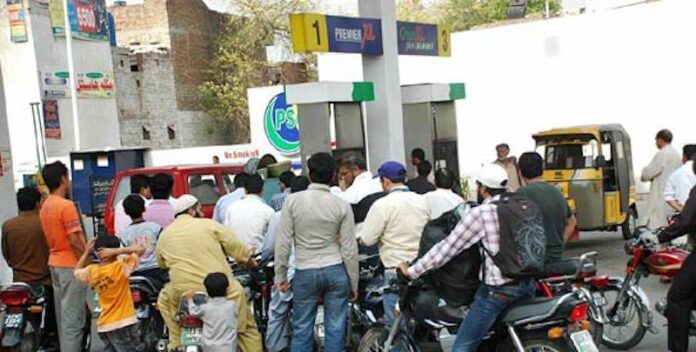 ISLAMABAD: The government is expected to collect approximately Rs75 billion on account of different taxes, levy, duty etc from consumers of petroleum products in July, Profit has learnt.

Sources said that following a record increase in the per litre price of petroleum products (POL), the government will collect around Rs45bn under petroleum levy and Rs25bn on account of GST in July. They added that the government has set Rs450bn collection target under the head of petroleum levy for the next financial year, while Rs5bn will be collected under regulatory duty from POL consumers.

In a sudden move on Friday evening, the government had increased the prices of all petroleum products by up to nearly Rs26 to share the impact of rising international prices with the consumers.

It is pertinent to mention that petrol and HSD are the two major POL products that generate most revenue for the government due to their wide range use and growing consumption in the country.

The government has been increasing the rates of petroleum levy ostensibly to meet revenue shortfall of the Federal Board of Revenue (FBR) as petroleum levy remains in the federal kitty unlike GST that goes to the divisible pool taxes and thus about 57pc share is grabbed by the provinces.