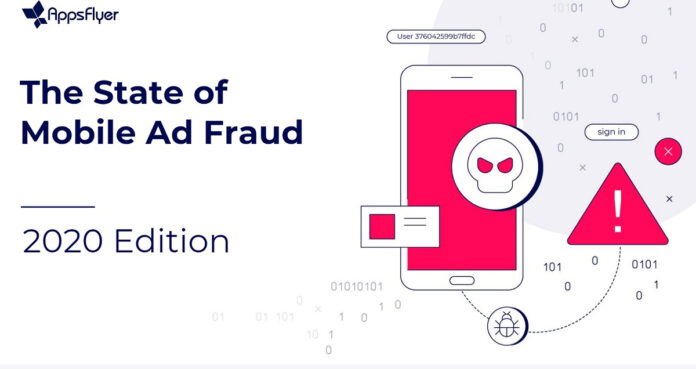 AppsFlyer – a California based SaaS mobile marketing analytics and attribution platform – has concluded that the Asia Pacific (APAC) region is responsible for nearly 60 percent of financial exposure worldwide. This conclusion comes after AppsFlyer examining nearly 3.8 billion installs across 55,000 apps in the entertainment, finance, gaming, shopping, social, and travel verticals. This means that organizations that create bots and app download tasks have managed to siphon off $945 million worth of app install advertising budgets.

For context, this amount is eight times more than advertisers and agencies in Pakistan will spend in the entire 2020 on digital mediums, according to a media agencies survey conducted by Profit.

According to the latest ‘The State of Mobile Ad Fraud 2020’ edition by AppsFlyer, there are exceptionally high fraud rates in the finance vertical in Southeast Asia, with 4 out of 5 markets exceeding 50 percent. Some countries have even higher fraud rates, for instance South Korea has a 31.7 percent average fraud rate, which is 112 percent higher than the global average and the highest in the region.

“Despite a general downtrend of ad fraud in Southeast Asia, due to the market’s heightened awareness; Indonesia, Singapore, and Vietnam saw a peak of ad fraud in March 2020,” said Ronen Mense – Managing Director and President of AppsFlyer in the APAC region. “This is because COVID-19 forced many countries to implement strict lockdowns. With more people staying at home, the demand for mobile apps increased, leading to aggressive user acquisition activities. This saw a large number of fraudsters be drawn towards this activity, which was notably unsuccessful as seen in a drop of fraud levels in the following months.”

Mense added that Indonesia experienced a 28 percent rate of fraud in March 2020, which dropped to 19 percent by May 2020, while the rate of fraud in Singapore declined from 35 percent to 20 percent during the same time period. The report from AppsFlyer states that the overall fraud rate for entertainment apps in Singapore increased from 54 percent in July 2019 to 59 percent in May 2020, the highest in the region, whereas the overall fraud rate for Indonesia was 23.5 percent while Vietnam was at 18.6 percent in May 2020.

The combination of bots and automation tools create flooding attacks on apps which confuses the ad fraud detection tools. This also makes it harder to be detected by app marketers, who measure success of an app install campaign based on cost per action. To better explain, app marketers measure app success based on actions that are deemed human-like. Bots and automations perform similar functions to humans, misleading the marketers to believe that the app has been downloaded by an actual customer. The users of flooding attacks, for this reason, gravitate towards app publishers that have set cost per install incentives.

This is why finance apps have an exceptionally high fraud rate in the Southeast Asian region. Due to the monetary nature of these apps – such as EasyPaisa – a significant number of their customers go after the higher payouts for every installation. The AppsFlyer report also noted that due to a stricter vetting process on iOS apps, peddlers of app install fraud prefer Android devices, resulting in app install fraud rate on Android being 4.5 times higher than on the iOS.