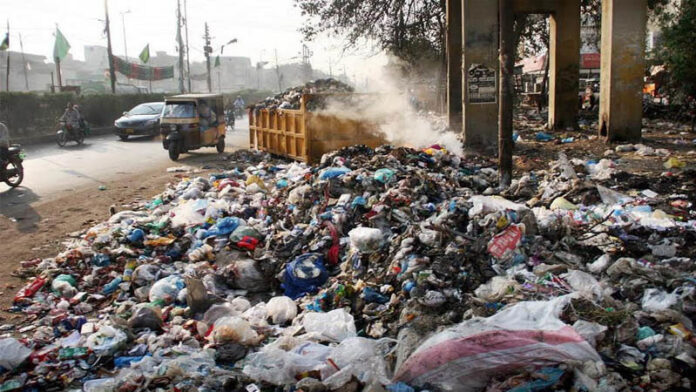 The announcement was made by Sindh Governor Imran Ismail while speaking at a press conference at the Governor House with Karachi Mayor Wasim Akhtar and Leader of the Opposition in the Sindh Assembly Firdous Shamim Naqvi, on Thursday.

“I held a detailed meeting with the PM the other day in Islamabad,” said the governor. “The PM was already very concerned about the situation in Karachi and wanted to see it develop at a robust pace. The crisis [emerging] after the recent rains further made him concerned. He’s clear that the city cannot be left abandoned. So today [Thursday] he signed the summary for long-term solution of Karachi problems.”

He ruled out the move as intervention from Islamabad in the provincial domain which could challenge the authority of the Pakistan Peoples’ Party government in Sindh and called the PM’s decision as the only option left for relief of the people of Karachi. “I ask you what option we have if we don’t do this?” he said in response to a question. “Everyone in Karachi is a witness to how the local bodies system failed in the rains every year. I don’t need to tell you who runs the local government system. I don’t want to involve politics on this occasion.”

Explaining the PM’s plan for Karachi, he said initially the NDMA had been tasked with cleanliness of the city. The PM has also asked the Sindh governor to coordinate between the centre and the provincial government to address problems faced by the people, particularly the urban flood-like situation in Karachi due to the dilapidated drainage system in the city, he added.

“Initially a three-pronged strategy has been devised,” said Mr Ismail. “First we would remove all garbage that came out of the nalas during rains and in the second phase we would clean all those drains. In the third phase a fumigation drive would be initiated across the city. There’s no shortage of funds and it was decided that whatever would be the financial needs, it would be met by the federal government.”

He made it clear that the role of Islamabad in Karachi’s affairs would not be for a short period as the prime minister had issued clear directives for long-term and sustainable solutions. The governor said that during the meeting with the PM, he had informed the premier about the recent spell of torrential rains in Sindh and inundation of Karachi by rainwater due to the dilapidated drainage system in the country’s commercial hub.