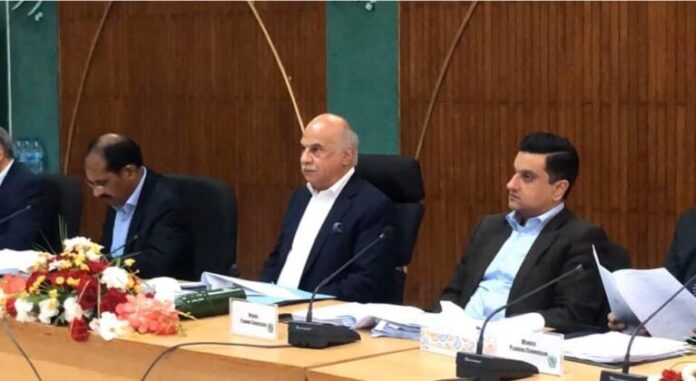 Planning & Development’s Additional Secretary Humair Karem, senior officials from the Planning Commission and federal ministries/divisions were also present on the occasion, while representatives from provincial governments participated via video link.

Meanwhile, a project related to culture, sports and tourism, namely ‘Heritage & Urban Regeneration in Lahore Tourism Development — Lahore Fort and its buffer zone’, worth Rs3.65 billion, was approved in the meeting. The project envisages restoration and preservation of various components of Lahore Fort along with rehabilitation, reconnection of the fort with Walled City and up-gradation of outskirts.

Moreover, a project related to Food & Agriculture, namely ‘Locust Emergency and Food Security Project’, worth Rs32.8 billion, was referred to ECNEC. The project, which will be carried out in 18 districts of four provinces, aims to enhance food security and growth of the sector through control of the locust outbreak, strengthening the national food security system and mitigating negative social and economic impact associated with locust attack.