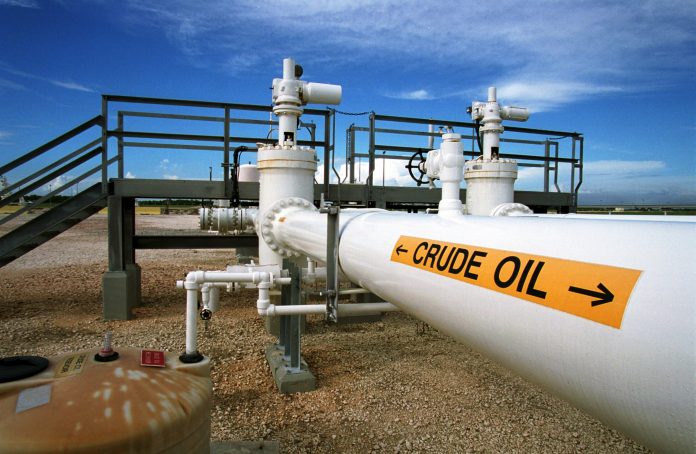 LONDON: Oil prices slipped off five-month highs on Thursday as bearish sentiment about fuel demand undermined support from a weak dollar and falling US crude inventories.

The two benchmarks had risen to their highest since March 6, completing a four-day rally, after the Energy Information Administration reported a much bigger than expected drop in US crude stockpiles.

A weaker US dollar was also supportive for oil prices as it makes dollar-priced oil cheaper for holders of other currencies.

The dollar index, which measures the greenback against a basket of six major currencies, logged its biggest monthly percentage fall in a decade in July and a Reuters poll found analysts expected it to continue falling into next year.

The index was up around 0.06 per cent Thursday after falling for two sessions but stayed near two-year lows.

Still, oil investors remain wary of rising US refined product inventories at a time when US central bankers said the resurgence in coronavirus cases was slowing the economic recovery in the world’s biggest oil consumer.

EIA data showed distillate stockpiles, which include diesel and heating oil, climbed to a 38-year high and gasoline inventories unexpectedly rose for a second week.

The current electricity strategy pursued by the Government under the garb of reforms is not in the best interest of the sector. With rising...
Read more
ENERGY

You would think that the announcement from any government anywhere in the world that they were installing 10,000 MW of solar energy and entering...
Read more
World Business News