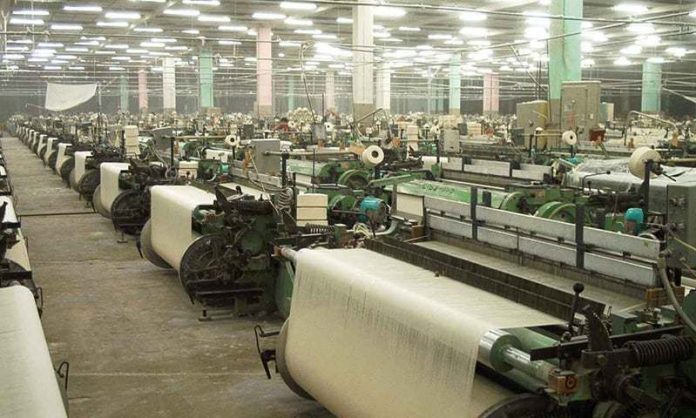 ISLAMABAD: Output of the Large-Scale Manufacturing (LSM) sector reduced by 10.17 per cent during fiscal year 2019-20 (FY20) compared to FY19, the Pakistan Bureau of Statistics (PBS) reported on Wednesday.

The drop in the LSM output was due to slow economic activity in the first half and negative economic impact of Covid-19 in the last quarter of FY20.

According to the data released by PBS, LSM output reduced 24.8 per cent Year-on-Year (YoY) in May 2020. Since May, the decline in LSM production has decelerated owing to the resumption of production activities in textile and other sectors.

Market experts believe that lowering of interest rates by the central bank and reduction in duties on raw materials will further spur economic activities in the country.

According to economists, higher interest rates, exchange rate depreciation, contractionary monetary and fiscal policies decreased LSM output in FY20. The contraction in textile and food, beverages and tobacco, iron and steel, coke and petroleum products dampened the overall manufacturing in the country.

As per data released by PBS, the auto sector was a major laggard with massive declines in sales in FY20 on account of multiple upward price revisions due to currency depreciation.

The production of tractors and motorcycles however witnessed an improvement during June 2020 owing to improvement in sales.

According to data released by PBS output of all 11 petroleum products was lower by 20.1 per cent in FY20 compared to FY19. The production of two major oil products, petrol and high-speed diesel, decreased by 13 per cent and 20.04 per cent respectively.

Meanwhile, the output of sugar declined by 7.2 per cent while that of cement fell 2.01 per cent on an YoY basis in FY20.

Moreover, the production of cooking oil and vegetable ghee increased by 9.05 per cent and 3.55 per cent, respectively whereas production of blended tea reduced by 8.31 per cent on an YoY basis in FY20.

Of Rs3.4bn development budget allocated for finance department projects in FY21, only Rs71m has been spent so far
Read more
Business

KARACHI: The Federal Board of Revenue (FBR) has decided not to impose a penalty on late filers across the board owing to technical and...
Read more
- Advertisment -

January 18, 2021
The company graduated from the fifth batch of The Nest I/O