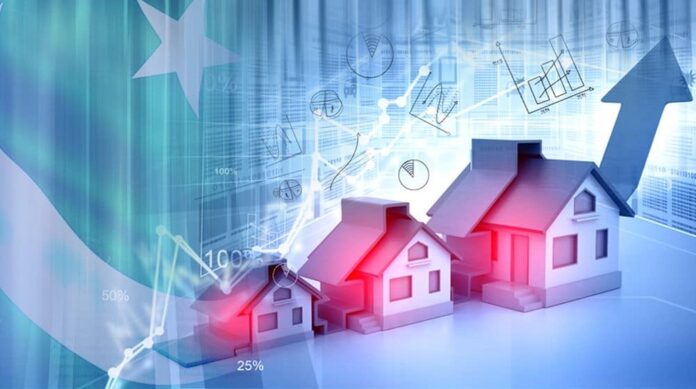 KARACHI: Pakistan Banks Association (PBA), a business lobbying group, has given its support for housing and construction finance by banks, according to a statement released on Tuesday.

“Given its widespread benefits for the economic development of Pakistan, PBA supports the growth of Housing and Construction Finance and encourages its member banks to view it as a sound business proposition,” the statement read.

In its reasoning, the PBA said that it believed the sector was a critical contributor to the overall economy, because of its multiple linkages to other avenues of economic development.

However, the PBA noted finance for the housing and construction is very low in Pakistan, and contributes less than 1pc of the country’s GDP; it is also one of the lowest in the region and comparable countries.

This is accurate: Pakistan’s outstanding housing finance is only 0.5pc of GDP, which is also known as mortgage depth. Both Bangladesh and India have a higher mortgage depth, at 3pc and 10pc respectively.

The PBA welcomed steps taken by the government and the State Bank of Pakistan (SBP) to grow the housing and finance sector. These steps include low-interest rates, more effective foreclosure laws and construction being accorded an ‘industry’ status.

“While there are still a few unresolved issues which are being actively worked upon, PBA believes it is a good time for its member banks to see this as a growth area for future lending on a secured basis, with reasonable spreads.”

When asked to comment on what those “few unresolved issues” are, PBA declined to comment, saying that it regards internal sectoral matters still under discussion.