Moody’s downgrades Turkey to ‘B2’ with ‘negative’ outlook 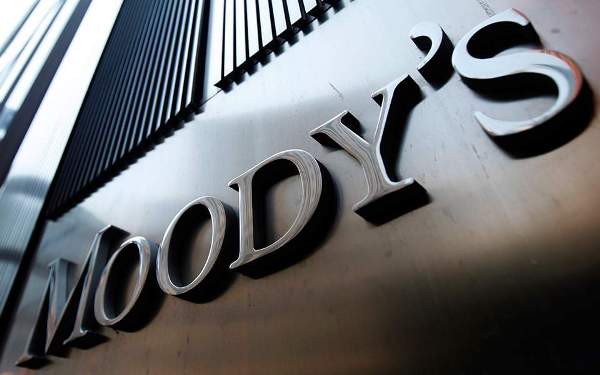 The agency downgraded Turkey’s sovereign issuer and senior unsecured debt ratings to B2 from B1, five notches below investment grade, and maintained a negative outlook on the country. The downgrading of the rate puts Turkey on par with Tanzania, Rwanda and Jamaica.

“Turkey’s external vulnerabilities are increasingly likely to crystallise in a balance of payments crisis,” Moody’s said. “As the risks to Turkey’s credit profile increase, the country’s institutions appear to be unwilling or unable to effectively address these challenges.”

Moody’s maintained its negative outlook on Turkey, saying that fiscal metrics could deteriorate in the coming year at a faster pace than currently expected.

It also warned of “elevated levels” of geopolitical risk, given that Turkey’s relationship with the US and the European Union as well as tensions in the eastern Mediterranean could accelerate an overall crisis.

Turkey’s foreign-exchange reserves, excluding gold, have plummeted by more than 40 per cent since at the beginning of the year to $44.9 billion as of September 4, according to the ratings agency.

The country’s foreign-currency reserves have been declining for years but are now at a multi-decade low as a percentage of gross domestic product (GDP) because of the central bank’s unsuccessful attempts to defend the lira since the beginning of 2020.

Moody’s forecasts that the country’s external vulnerability indicator (EVI), a measure of the adequacy of foreign currency reserves to cover external debt repayments and non-resident deposits, will rise to 409 per cent in 2021 from 263 per cent in 2019. This represents higher exposure to changes in international investor sentiment.

Furthermore, dollarisation, the process of aligning a country’s currency with the US dollar, has become a significant issue for Turkey that increases the risk of a balance of payments crisis, Moody’s said.

Currently, political pressures, limited central bank independence, a slow reaction of the monetary authorities and a lack of predictability of their reactions, increases the probability of a “disorderly exchange rate and economic adjustment,” the agency said.

While inflation remains well above target, the central bank has taken “only modest” action to tighten monetary policy. Moody’s warned that the longer this continues, the more likely there will be “continued downward pressure” on the currency.