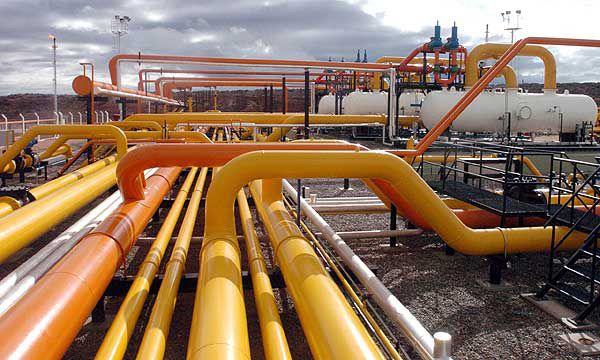 Well-informed sources apprised this scribe that a plan to construct NSGP was presented in a meeting of the Board of Directors (BoD) of SNGPL on September 12, 2020, wherein the SNGPL had proposed to lay down 1,100km-long gas pipeline from Karachi to Lahore at a cost of $1 billion.

They said that Petroleum Additional Secretary Muhammad Ayub Chaudhry had ratified this proposed plan ostensibly to serve the larger national interest as well as to benefit the national exchequer.

Ayub Chaudhry had also recommended adopting a competitive process in the awarding of this gas pipeline project, saying Pakistani companies should also be allowed to participate in the project instead of ‘favourite’ foreign firms.

They said SNGPL had the capacity to handle this project while it had already served the country and saved money by constructing a gas pipeline of a similar capacity. The SNGPL has now proposed that it would lay down 42-inch diameter NSGP at a cost of $1 billion which is much lower to previously estimated construction cost of $2.7 billion, said sources.

”SNGPL’s business plan/structure for the construction of NSGP has included 25 per cent profit of SNGPL in the proposed cost of $1 billion besides covering technical, legal and financial affairs of NSGP project in details,” sources added.

Earlier, it was being considered to undertake the construction of NSGP with a Russian nominated company named as ETK at a cost of $2.7 billion. However, Russian nominated ETK company had failed in proving relevant experience, expertise etc and the ETK company was stopped from participating in the process of awarding the North-South Gas Pipeline project’s contract.

Sharing details of recommendations of Ayub Chaudhry for the construction of NSGP, the sources said that besides favouring the SNGPL plan for the construction of NSGP at $1 billion,  the additional secretary petroleum has recommended allowing the two state-owned gas utilities- SNGPL & Sui Southern Gas Company Limited (SSGCL) to participate in the project, saying award of NSGP contract to Pakistani companies (SNGPL and SSGCL) will help to revive them too. Similarly, he proposed that the proposed cost of SNGPL can be used as a benchmark for future working and this time the need is to work cautiously to save Pakistani money and serve the larger national interest in the award of NSGP construction contract as the cost will be borne by the people of Pakistan.

It is pertinent to mention that the petroleum division had been considering using a bidding process to ensure reduced cost of the project (NSGP), which was previously projected to be $2.70 billion US dollar.