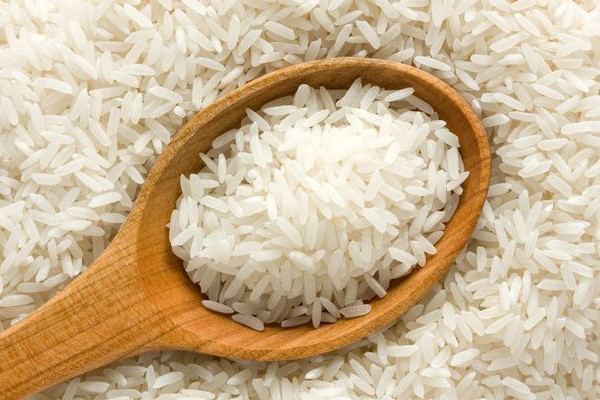 During a meeting of the Senate Standing Committee on Commerce, Intellectual Property Organisation (IPO) Chairman Mujeeb Ahmed Khan informed that Pakistan is preparing its objection to the said Indian Application and will be submitted within the stipulated time frame.

He said India has applied for GI tag in European Union for BASMATI rice under Article 50(2)(a) of Regulation (EU) No 1151/2012 of the European Parliament and of the Council on quality schemes for agricultural products and foodstuffs, mentioned in the EU official journal dated September 11, 2020.

According to Mujeeb Ahmed, the Indian application mentions Basmati rice as an Indian origin product, despite the fact that similar rice is widely produced in Pakistan. The application is based on half-truth and frivolous grounds having no legal and factual backing. Pakistan exports 500,000 to 700,000 tons of basmati rice to various countries. Out of that, 200,000 to 250,000 tones are shipped to European countries. The European Union is a massive destination for local rice exporters and therefore it is a crucial issue for Pakistan.

EU regulation No 972/2006 of June 29, 2006, lays down special rules for imports of Basmati rice and a transitional control system for determining their origin has recognized Basmati as a joint product of Pakistan and India. Basmati is already recognized as a product of both India and Pakistan under the said European Regulation and its Duty-Free Regime, making it illegal for India to claim exclusive rights of Basmati in the EU.

According to EU’s official journal, any country can oppose the application for registration of a name pursuant to Article 10 and Article 50(2) (a) of Regulation (EU) No 1151/2012 of the European Parliament and of the Council on quality schemes for agricultural products and foodstuffs within three months from the date of publication.

On Tuesday, the Ministry of Commerce, according to officials, has also held a meeting on the same subject to discuss the filling of objections in the EU besides taking other steps regarding protecting Pakistani products as per the GI law made by the government this year.

Meanwhile, Committee Chairman Senator Mirza Muhammad Afridi also directed the officials of the ministry and IPO to immediately respond to the Indian application as the move may damage Pakistani exports.

Discussing another agenda of the meeting regarding smuggling, he said that the illegal trade has reduced substantially due to effective measures for its eradication which has supported the local industry and would be instrumental for promoting economic activities and businesses in the country.  He expressed these views while presiding over the SSC on Commerce & Trade here at Parliament House on Tuesday.

Afridi appreciated the measures taken in this regard and said that the sick units need to be facilitated to ensure their revival. The committee was apprised about the problems faced by the farmers due to inadequate prices of tomato and onion despite good production during the current season.

The committee was also briefed about the steps being taken for exploring new markets for dates, tax evasion on computers, laptops and other IT equipment, as well as the issues of under-invoicing.

The chairman and members of the committee said that the basic purpose is to protect the local industry and its production for the overall progress of the country.  Senator Mir Kabeer Ahmad Muhammad Shahi said that due to the import of the fruits and vegetable from neighbouring countries, the local farmers from Balochistan do not get adequate prices of apple, grapes, onion and tomatoes. He said that the ministry of commerce and trade should take measures for the protection of local farmers and the utilization of local production before importing such items.

Senator Dilawar Hussain, while talking about Afghan Transit Trade, said that due to the deficiency of trackers, there is huge pressure on transit points. He asserted that an appropriate solution to this should be sorted out.

Afridi said that trade is a backbone of the national economy and an appropriate strategy should be followed to promote business activities in the country.

Advisor to the Prime Minister on Commerce Abdul Razzak Dawod apprised the committee that State Bank of Pakistan has been approached for provision of an easy loan through small and medium industries and consultation process for the IT sector is in progress, which will bear positive results.

Secretary Commerce informed the Committee that E-Commerce policy has been introduced and the committee in its next meeting will be informed about a framework in this regard.

Chairman of the committee appreciated these measures, however, he emphasized that sick units need to be supported so as to cater to the local requirements and as well as the export orientation from such units.

Senator Dilawar Khan informed the committee that the Trade and Development Authority (TDAP) could not hold even a single meeting so far.  He further informed that he had sought different details from TDAP which have not been provided yet.  Senator Mirza Afridi said that TDAP is an important organisation, its board should hold regular meetings to proceed on different issues and the people of Pakistan should have access to information.

He further said that question has been raised about Trade and Commercial Attaché posted in different countries.

He said that Pakistan produces high-quality tobacco. Trade and commercial attaché should improve their efficiency and awareness must be created about Pakistan products in foreign countries.

The committee insisted on the provision of facilities and capacity building of the tobacco farmers in Mardan, Charsadda and Swabi districts.

The committee was further informed that a project in collaboration with Swabi University has moved ahead.  Senator Dilawar Khan emphasised that all the stakeholders must be taken into confidence as quality tobacco of the country is produced in these areas and national exchequer gets taxes of worth billions of rupees.

About the export of the dates, the committee was informed that 70pc of dry dates were exported to India and due to suspension of trade with India, farmers have to face huge losses.

However, efforts are being made to explore alternative markets for export of the dates and different countries have been contacted in this regard.  The chairman of the committee emphasized that these efforts must be expedited to avoid losses to the farmers.

Senator Rana Mehmood ul Hassan suggested that a policy for installation of small sugar mills should be introduced to promote compatibility in the market.  Secretary Commerce informed the committee that such a proposal is already under consideration in different ministries.

The committee was also apprised about clearance of containers at Port Qasim as well as money laundering issues in the country.