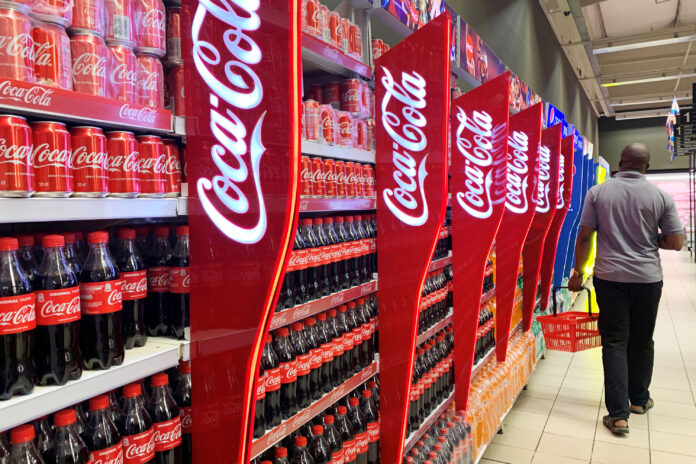 Coca-Cola Co beat revenue and profit expectations on Thursday as strong “at-home” sales helped the world’s largest soda maker bounce back from a shattering second quarter, sending its shares up 2pc before the bell.

The beverage company, which makes about half of its revenue from sales in restaurants, theaters and other public venues, reported a slowdown in declines in “away-from-home” sales and said the last quarter had been its most challenging.

The company said sales of its trademark Coca-Cola and Coca-Cola Zero Sugar were now positive.

“While many challenges still lie ahead, our progress in the quarter gives me confidence we are on the right path,” Chief Executive Officer James Quincey said in a statement.

Organic sales, which strip out acquisition and currency impacts, fell 6pc for the three months ended Sept 25, but improved from a 26pc fall in the second quarter.

Hurt by lockdowns, the Atlanta-based company in August launched a restructuring plan that included job cuts, streamlining of its beverage portfolio and more focus on popular products, including its signature soda.

The company said consumers were continuing to stock up sodas and other beverages at home, even as Coke’s away-from-home channels, that includes sales of concentrates and beverages to outdoor venues and vending machines, remained under pressure.

Rival PepsiCo Inc, which also suffered during the lockdowns, was able to rebound from the slump with better sales at convenience stores and gas stations as well as continued demand for snacks.

On a per share basis, the company earned 55 cents per share, 9 cents above expectations, according to IBES data from Refinitiv.