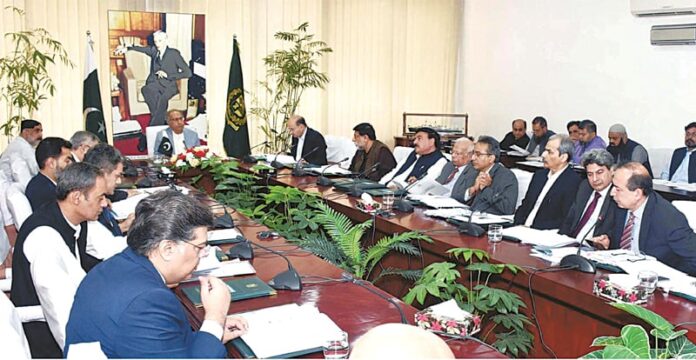 The decision was made in a special meeting of the committee with Adviser to Prime Minister on Finance Dr Abdul Hafeez Shaikh in the chair on Thursday.

According to the package, Rs1,000 per 50 kilogrammes bag will be given as subsidy on fertilizers; DAP, phosphorus and potassium fertilizers. The federal and provincial governments will share the subsidy on a 70-30 ratio.

It was also decided that the provinces will expand, improve and upgrade their subsidy disbursement systems. The package will be presented in the next cabinet meeting on Tuesday for approval by the federal cabinet.

Earlier, the food security ministry had proposed the ECC its chalked out agricultural relief package for Rabi season in order to increase wheat production by extending subsidies to wheat farmers.

The package by the name of ‘Prime Minister Rabi Package’ is intended to pass over relief to farmers in the production cost of the wheat crop according to which per gunny bag of urea will cost Rs1,000 less than usual.

The package is set to subsidize urea cost for farmers by Rs1,000 per bag which will translate to a decrease in overall production cost, encouraging farmers to grow more wheat crops.

According to the ECC meeting notification on Thursday, a mechanism to serve up the subsidy will be formulated by the board shortly.