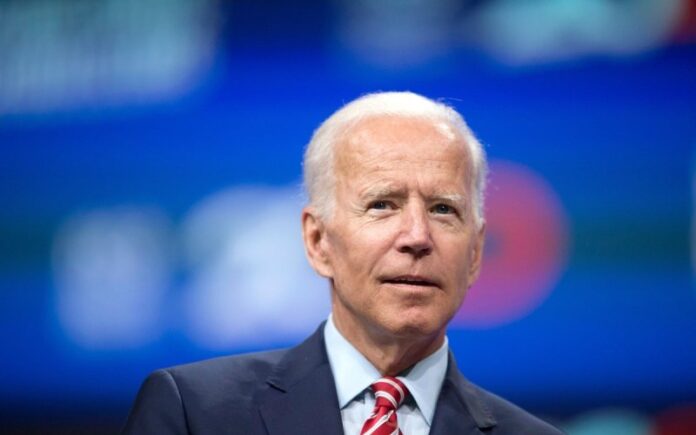 WASHINGTON: Joe Biden will not immediately cancel the Phase 1 trade agreement that President Donald Trump struck with China nor take steps to remove tariffs on Chinese exports, the New York Times on Wednesday quoted the US president-elect as saying.

In an interview with Times columnist Thomas Friedman that gave clues to how the new administration will proceed on foreign policy, Biden said his top priority was getting a generous stimulus package through Congress, even before he takes power.

This week Reuters reported that Trump was eyeing more steps to box Biden into hardline positions on Beijing, backed by the anti-China sentiment in Congress that has often unnerved financial markets in the past four years.

But he also stressed the need to develop a bipartisan consensus at home and focus government efforts on investments in research and development, infrastructure and education that would allow companies to compete better with Chinese rivals.

“I want to make sure we’re going to fight like hell by investing in America first,” Biden said.

“The best China strategy, I think, is one which gets every one of our — or at least what used to be our — allies on the same page.”

Under the Phase 1 agreement signed this year, China agreed to increase purchases of American products and services by at least $200 billion over 2020 and 2021.

The deal also left in place 25% tariffs on a $250-billion array of Chinese industrial goods and components used by U.S. manufacturers, and China’s retaliatory levies on more than $100 billion in U.S. goods.

On Iran, Biden stood by his view that his administration would lift sanctions if Tehran returned to “strict compliance with the nuclear deal.”

“In consultation with our allies and partners, we’re going to engage in negotiations and follow-on agreements to tighten and lengthen Iran’s nuclear constraints, as well as address the missile program,” Biden added.

Meanwhile, China said on Wednesday that the United States is adopting discriminating policies towards Chinese firms, in response to the U.S. House of Representatives backing a bill that could block Chinese firms from U.S. securities markets.

The U.S. House of Representatives is expected to pass legislation this week that could prevent some Chinese companies from listing their shares on U.S. exchanges unless they adhere to U.S. auditing standards, congressional aides said on Tuesday.