The economics of a greener coal in Thar Coalfields

Coal may be the dirtiest fuel, but there exist several viable options to continue using indigenous coal while reducing carbon emissions 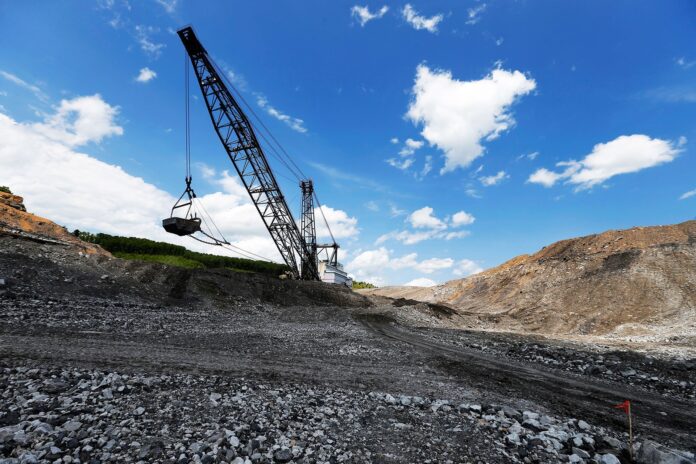 Speaking at the Climate Ambition Summit, Prime Minister Imran Khan took a clear position that Pakistan will not be utilising coal for power generation, and that indigenous coal would be used to produce energy either through ‘coal to liquid’, or through ‘coal to gas’, such that coal does not have to be burned. The idea is a moonshot, but with the right set of policy actions, and direction, it is certainly possible.

Pakistan has one of the largest lignite reserves in the world at Thar Coalfields, which it started mining only a few years back. After initial discovery in the early 1990s, it took almost three decades before the first ton of coal could be extracted from Thar – and by that time it was a bit too late, as the world was rapidly moving towards more greener sources of energy. Notwithstanding coal’s adverse impact on the environment, an indigenous energy source not only ensures energy security, but also hedges against price volatility and geopolitical headwinds of the international energy markets.

As the pressure to commit to cleaner sources of energy increases, and as utilisation of coal as an energy source reduces globally, a plan and direction needs to be in place which not only leverages existing indigenous resources, but also ensures local resources are utilized in a clean manner.

‘Coal to liquid’, or ‘coal to gas’ essentially involves a gasification process, through which coal is converted into synthetic gas (syngas), which can either be used for generation of electricity, or as feedstock for other industries – or it can be further processed into chemicals, or liquid fuel, depending on desired chemical composition.

In simple terms, the first reaction is between coal and steam, which produces carbon monoxide, and hydrogen – following which a process called steam reforming takes place, through which syngas is created. The syngas can then be converted into a number of liquids, or gases after further processing – one of the more promising of them being dimethyl ether (DME).

DME is being touted as the next big clean fuel, with negligible emissions, and ability to easily replace diesel without any major modifications in the engine, or combustion technology. DME can be developed from coal, natural gas, or biomass – with biomass being the most expensive option.

DME is an environmentally friendly substitute for diesel with zero carbon and sulfur emissions. DME can also be handled as a liquid when it is lightly pressurized, with physical properties being similar to liquefied petroleum gas (LPG). Considering the efficiency of DME, it is considered as one of the more efficient fuels used for transportation, with the highest well-to-wheel ratio.

DME can effectively act as an environmentally friendly substitute for diesel, and it can also be mixed with LPG to enhance efficiency, and reduce overall cost. The economics of DME entail that it can potentially be produced and sold at a discount to diesel and LPG, which enhances its commercial appeal. Although that would require a much lower production cost of coal on a per million British thermal units (mmbtu) basis for it to make commercial sense, and that can only be done if the mines are scaled up.

Consumption of diesel in Pakistan has been steadily increasing during the last decade, reaching a peak of 9 million tons of oil equivalent (TOE) in fiscal year 2018, following which it wavered between 7-8 million TOE. Despite reduction in utilisation of diesel for public transportation due to conversion to CNG – usage of diesel for road transport is still in excess of 6.5 million TOE, or 89% of total diesel consumption.

Similarly, LPG consumption hovers around 1.4 million TOE, with its use as a cooking fuel making up roughly 50% of total consumption, followed by commercial usage at 36%. There exists strong growth potential for LPG as a transportation fuel as well – however, due to absence of an extensive, and scalable distribution network, necessary economies of scale are not attained.

Furthermore, the price of LPG is benchmarked to crude oil prices, which effectively minimises (if not eliminates) any cost savings that may exist. More importantly, the demand for LPG is poised to grow as cost differential between piped natural gas, and LPG contracts.

In a nutshell, there exists latent demand of almost 8 million TOE for diesel, and LPG which can be substituted with a clean emission fuel like DME – which can be synthesized from existing indigenous coal deposits. Even with a market share of 15% of diesel, and LPG, that can be substituted through policy interventions, and cost competitiveness, latent demand would be in excess of 1 million TOE.

In the particular case for Pakistan where demand for DME does not exist, while consumption of both LPG and diesel has remained range-bound, a DME production plant with a moderate scale would be appropriate, which can produce DME in addition to electricity using coal gasification.

A more efficient, and cost-effective method could be that of producing DME via Natural Gas, but considering the shortage of natural gas, the development of a plant relying on indigenous coal is the only viable option. Details regarding DME capacity installation are sporadic, and it is estimated that facilities can be established at a cost of roughly $1,300 per ton of capacity, with a minimum capacity that can provide economic scale being 200,000 tons per annum.

The capacity that can be considered would have an annual DME production capacity of 500,000 tons. The primary feed for the plant would be indigenous coal, which would then be gasified, and used for generation of electricity, as well as production of DME.

Capital cost per ton (adjusting for a 75-25 debt-equity ratio, insurance, and other incidentals) for a fully integrated facility is estimated to be $1,950 per ton, resulting in aggregate capital expenditure of $950 million. A facility of this scale can have a daily production capacity of 1,370 tons, requiring roughly 8,220 tons of coal on a daily basis (approximately 3 million tons annually).

It is to be noted here capital expenditure estimates, and assumptions are illustrative – a more detailed feasibility study would be required for locking in more realistic numbers. Sensitizing the numbers it can be seen that at assumed capital cost of US$ 2,000 per ton, cost per liter hovers in the range of 60 cents per liter, which is at a discount to prevailing prices – while also having negligible carbon emissions. If a fair carbon pricing regime is in place, DME be even more affordable.

Most DME facilities globally are located in areas which provide convenient and economical access to feed, viz. Natural Gas, or Coal. In the particular case of Pakistan, the primary feed would need to be indigenous coal at Thar Coalfields, providing a hedge against volatility of international energy prices. Primary cost component for DME is coal – and the price for that would reduce as the mines scale up, resulting in lower marginal cost per ton.

DME is a breakthrough fuel, which is still in its nascent stage of commercialization, with capacities in China and European Union largely focusing on meeting local demand for LPG. Utilisation of DME in commercial vehicles has not yet attained popular appeal, the primary obstacle being absence of a distribution network. Before a capacity producing DME is established, it remains essential that a distribution value chain for DME is also in place, which can be done through incentive driven policy prescriptions.

There exists a strong economic and environmental case for utilizing indigenous coal reserves for coal to gas, or coal to liquid, but that requires a little less conversation, and a little more action. Committing to ambitious climate targets requires more than just words. It requires policies which incentivizes transition towards greener fuels, while capturing not only the financial cost of a fuel, but also the environmental, and health cost.

The ambition seems to be there on a sovereign level, and that requires actionable policies which can leverage existing indigenous resources. A broader climate strategy is yet to be seen, or put into practice. The proof is in the pudding, and at this stage we are still trying to figure where to get eggs for the pudding.

One of the biggest critiques of neoclassical economics – usually levied by people who do not understand it – is that it falsely assumes...
Read more
COMMENT

Provincial subjects and their discontents

For all of the good it has done, the 18th amendment has not been properly utilized and implemented by the provinces, particularly in the case of taxation and labour welfare
Read more
COMMENT

The city’s decline may have much to do with a lack of political ownership, but the situation cannot be allowed to continue. The way out is for the business community to step up with a common agenda
Read more
EDITORIAL

All for one, one for all

We cannot bring ourselves to recount the brutal and vicious manner in which the coal miners in Balochistan from the Hazara community were abducted...
Read more