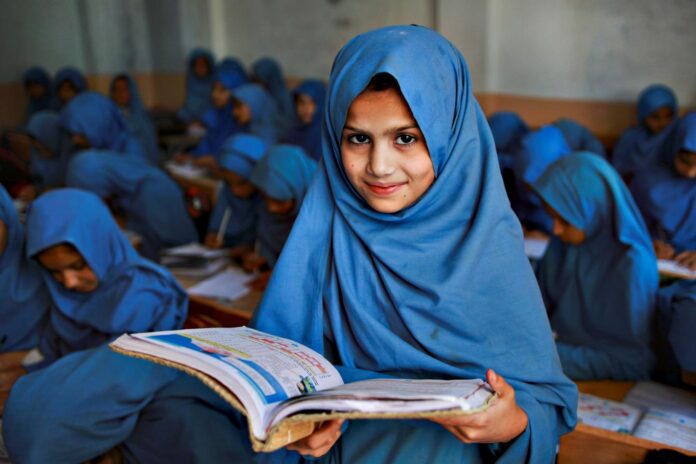 LAHORE: As the government announced to open educational institutions in phases, Punjab School Education Minister Dr Murad Raas on Monday said that 50 per cent of assignments would count towards promotion to the higher grades.

Addressing a press conference, the minister said that board exams would be held in June but work would be started on deciding examination centres from now.

“Children will not be promoted without exams,” he announced.

Terming the 50 per cent attendance policy “the most important thing”, Dr Raas said that schools were being opened “not because the coronavirus situation [had improved] but because the children were incurring huge educational losses”.

His presser came hours after a meeting of the federal and provincial education ministers decided to open the educational institutions across the country in phases from January 18.

Dr Raas in a tweet said that classes in the province would resume according to the schedule announced by Mahmood.

“All institutions will have 50% students on alternate days as before,” he added.

In November 2019, the federal government closed schools and postponed exams to try to curb new infections and a rise in the number of people in hospital with the virus.

Students, including those at higher educational institutions as well as in private schools, were directed to continue classes through distance learning until December 24, when schools went on winter break until January 11.

“All efforts will be made to make sure that education continues from home,” Mahmood said at the time, adding that “if the situation improves” schools would reopen on January 11.

The decision to close schools, officials said, was based on an increase in the rate of positive test results in the country. The rate of people testing positive in June was as high as 23 per cent, but dropped to a low of 1.7 per cent by September.

More than 19 per cent of new cases were from educational institutions, where the rate of positive results had nearly doubled in one week to reach 3.3 per cent, officials said.

LAHORE: A clarification from Lucky Motors Corporation confirmed that the group will continue to be the sole manufacturer of KIA passenger cars in the...
Read more
NATIONAL

A Pakistan International Airlines (PIA) plane was held back in Malaysia as part of a legal dispute between the airline and another party, the...
Read more
- Advertisement -