'Progress to continue at an expedited pace' 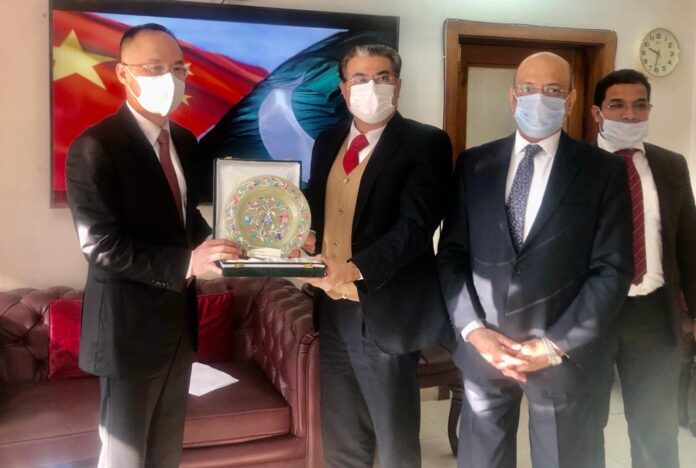 ISLAMABAD: Chinese Ambassador to Pakistan Nong Rong said on Tuesday that the projects under China-Pakistan Economic Corridor (CPEC) were heading in the right direction and would continue to progress at an expedited pace.

Talking to Planning, Development and Special Initiatives Secretary Mathar Niaz Rana, the ambassador said that CPEC is the flagship project that manifested the longstanding friendship between the two friendly countries and would bring prosperity and progress for Pakistan.

“CPEC is a product of vision of two brotherly countries that goes beyond traditional business dealings reflecting decades-old strong bonds of bilateral cooperation and shared goals with a win-win situation for all,” he added.

During the meeting, matters related to bilateral relations projects under CPEC and progress of the upcoming 10th Joint Coordination Committee on CPEC (JCC) came under discussion.

The planning secretary said that CPEC, as stated by Prime Minister Imran Khan, is a project of great national significance for Pakistan, which would be a harbinger of development and prosperity for Pakistan and the region. He said that Pakistan in consultation with the Government of China has succeeded in expanding its scope to include other priority areas under its framework including socioeconomic development, poverty alleviation, agricultural and industrial cooperation.

“The second phase will focus, among others, on welfare projects for the betterment of the people of Pakistan and we are thankful to the Government of China for broadening its framework which will contribute to the sustained development of Pakistan,” he added.

The secretary reiterated that the government remains fully committed to realising the potential and opportunities under the CPEC framework.

The two sides expressed satisfaction on the meetings of Joint Working Groups (JWGs) held in the recent weeks, for various sectors.