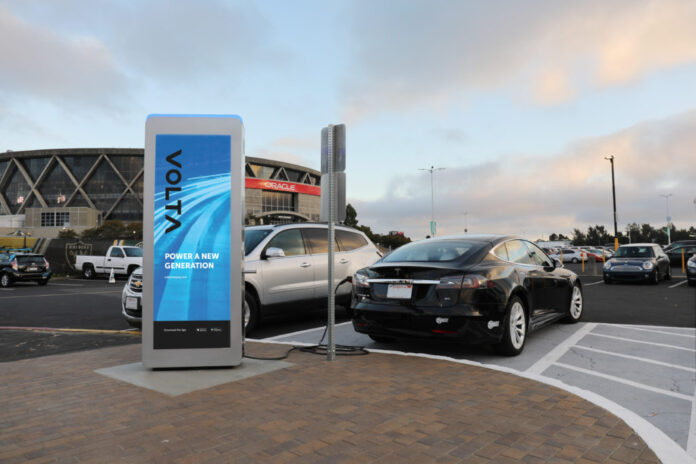 The Series D round brings Volta’s total funding to more than $200 million, the company said.

Volta is riding a wave of investor enthusiasm for electric vehicles and related businesses. That wave has pushed the value of EV leader Tesla close to $800 billion and Chinese newcomer Nio to nearly $90 billion.

Founded in 2010, Volta has been funded by a broad array of private and corporate investors, including South Korea’s SK Innovation and France’s Total SE.

Among Volta’s chief competitors is ChargePoint, which has raised nearly $1 billion and agreed last fall to go public via a reverse merger with Switchback Energy Acquisition Corp.

Chargepoint’s corporate backers include Daimler, Chevron and Siemens, according to investor website PitchBook.

SINGAPORE: Oil prices edged up on Tuesday after a near 5% rebound the day before as concerns about the impact of the Omicron variant...
Read more
World Business News

BEIJING: Alibaba said it will reorganise its international and domestic e-commerce businesses and replace its CFO – changes that come as the tech giant...
Read more
- Advertisement -