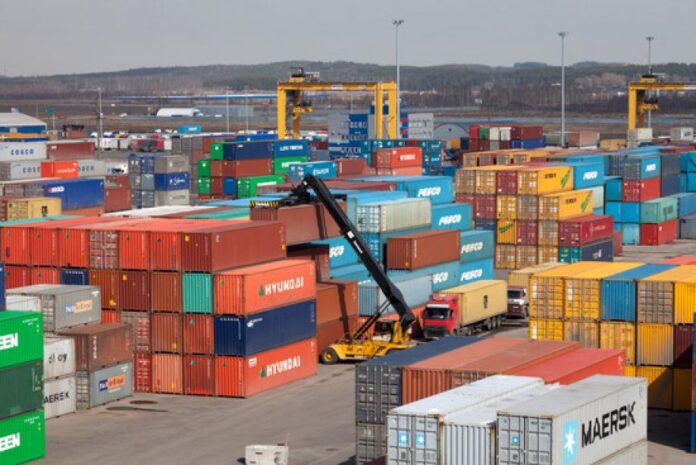 ISLAMABAD: Pakistan’s exports grew 8pc to $2.14 billion in January 2021, as compared to $1.98 billion in the corresponding month of 2020, data released by the commerce ministry on Monday showed.

The increase in overall exports are mainly driven by double-digit growth in proceeds from textile and clothing sectors as well as few other products like engineering, surgical instruments and value-added leather products.

In a statement issued by the commerce ministry, Adviser to Prime Minister on Commerce Abdul Razak Dawood said that the country’s exports have maintained a steady trend in the current fiscal year, as they crossed the $2-billion mark for the fifth consecutive month (first time in eight years) in January.

According to provisional figures, the exports for Jul-Jan FY21 increased 5.5pc to $14.24 billion as compared to $13.50 billion during the corresponding months of FY20.

Dawood noted that Pakistani exporters had achieved this feat despite difficulties created by Covid-19 pandemic, regional export situation and contraction in major markets. He urged the exporters to go all-out in exporting their products under the government’s friendly regime.

It is pertinent to mention that the country’s exports had witnessed a steep decline of 19pc in August 2020 before rebounding in September, October, and November.

According to an FBR report, the spread of Covid-19 had impacted the flows of containers from the country to the lowest level of around 12,000 in April 2020. Since then, a gradual improvement was seen in container shipment from the country.

Measures announced under the export facilitation measures led to an increase in the number of exports Goods Declarations (GDs) from 71,190 in July 2020 to 79,756 in December 2020, posting an increase of 11pc.

Also, under the ‘Make in Pakistan’ initiative, duty drawback rates for at least eight sectors were revised upwards by FBR. During the whole exercise, more than 434,000 claims were disposed of with approximately 7,800 exporters benefitting from this initiative.

Meanwhile, in a separate statement issued on Monday, the Ministry of Commerce informed that Razak Dawood was leading a delegation to the Republic of Uzbekistan. The visit was a follow-up to the visit of Uzbek Deputy Prime Minister Dr Sardor Umurzakov to Pakistan on 10th September 2020.

“The first meeting of Joint Working Group on Trade and Economic Affairs and the meeting of Tripartite Working Group on the Implementation of the Trans-Afghan Railway Project would be held between Pakistan and Uzbekistan from 1st till 4th February, 2021,” the statement read.

On Monday, the Advisor called on Uzbekistan President Shavkat Mirziyoyev and discussed with him matters related to economic cooperation between the two countries. He also met Uzbekistan Chamber of Commerce and Industry President Adkham Ikramov to deliberate upon cooperation in textile, leather and engineering sector.

During the 1st meeting of the Joint Working Group on Monday, both sides expressed desire to enhance bilateral trade relations. In this regard, they discussed streamlining bilateral phytosanitary standards, enhancing banking cooperation, working on rail & road connectivity and establishment of off-dock terminal.

The Uzbek side invited the Pakistani business delegation to organize a joint exhibition in Tashkent in June this year.