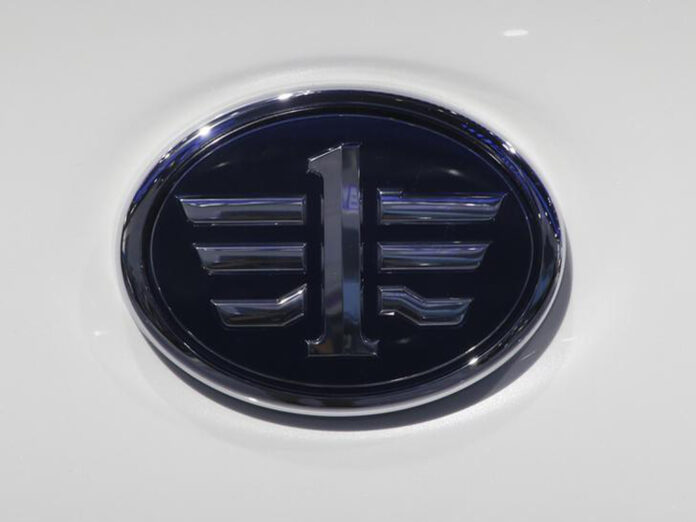 Brilliance shares soared by as much as a quarter in value following the news.

The potential acquisition by state-owned FAW, China’s No. 2 automaker, comes at a time when Brilliance’s top shareholder Huachen Automotive Group is on the brink of bankruptcy, having defaulted on 6.5 billion yuan ($1 billion) in debt obligations late last year.

Under plans being discussed, FAW would first purchase 30.43pc of Brilliance owned by Huachen and 11.89pc held by the state-controlled Liaoning Provincial Transportation Investment Group, said the sources.

It would then make a mandatory bid for the rest of Brilliance’s shares. It is considering offering about HK$11 per share for both stages of the deal, representing a 70pc premium to its average share price over the past month of HK$6.48.

To conduct the deal, FAW is looking at setting up an offshore investment vehicle and is inviting other investors to participate, said the sources, who declined to be identified as the discussions were confidential.

FAW and BMW declined to comment. Brilliance and Liaoning Provincial Transportation Investment Group did not respond to requests for comment.

Huachen said the information was false but did not elaborate. Liaoning province’s state asset regulator, which owns a majority stake in Huachen, said it has not been in contact with FAW about a potential take-private deal for Brilliance.

Reuters reported in September that Liaoning Provincial Transportation Investment Group was planning to lead a consortium of Chinese state-backed investors to take Brilliance private. However, the plan has been put on hold due to differences in valuations and financing difficulties, said one of the people.

Brilliance, based in Shenyang, the capital of Liaoning province, and BMW have 50-50 joint venture, BMW Brilliance Automotive, which accounts for nearly all of Brilliance’s profits. But BMW plans to lift its stake by another 25pc for 3.6 billion euros next year, taking control of the venture.

Based on that plan, first announced in 2018, Brilliance’s stake is worth 7.2 billion euros ($8.7 billion), far more than its current market value. Brilliance’s shares finished Wednesday trade 13pc higher, giving it a market capitalisation of around $4.7 billion.

Huachen’s debt woes have weighed heavily on Brilliance and the sources said prospective investors believe that the company is undervalued.

Before Wednesday, it was trading at 2.8 times forward earnings, far below the industry’s median multiple of 14, according to Refinitiv data.

Brilliance also owns 51pc of a venture with France’s Renault SA making vans and sport-utility vehicles, and has a stake in an auto-financing firm.

FAW, based in Changchun, Jilin province, partners with Volkswagen AG and Toyota Motor Corp to make passenger vehicles in China. It also makes heavy duty trucks under its own brand.

The potential acquisition would add to a surge in deals where strategic investors and buyout firms have tapped Hong Kong companies for take-private opportunities. Buyers often cite undervalued shares as a reason for the deals.

The total value of buyouts of Hong Kong-listed companies reached $25 billion last year, up 190pc from 2019 and the highest level since 2017. The number of such transactions – at 60 – was also an annual record, Refinitiv data showed.