Relief for construction sector as prices of steel bars drop 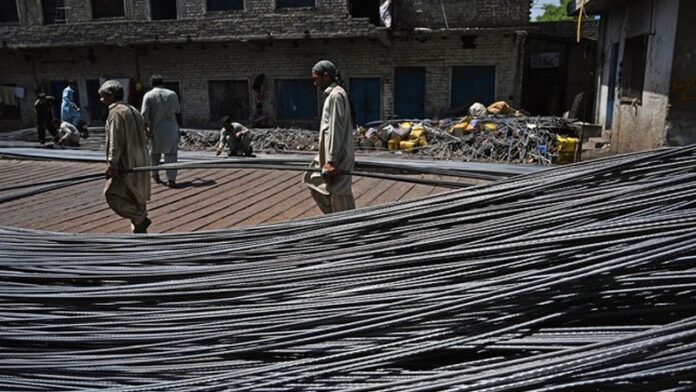 ISLAMABAD: In a positive development for the construction industry, the prices of steel rebars have started declining in the local market after hitting a peak of Rs140,500 per tonne during the past few months.

The office bearers of Association of Builders and Developers (ABAD) had earlier expressed concerns over the rising prices of steel and cement in the country, with steel manufacturers citing hike in prices of international iron and steel scrap as one of the main reasons behind soaring rates of steel bars in the country.

Sources informed that the prices of bars shot up from $350 in October 2020 to over $500 in early 2021. This was mainly due to severe cold weather as well as Covid-19 pandemic, which resulted in low volumes of scrap collection internationally.

The prices of rebars were expected to shrink further in the coming months, sources said, adding that this declining trend was bringing hope to the country’s construction industry.

Talking to this scribe, an office bearer of Pakistan Association of Large Steel Producers (PALSP) said that the local steel industry was in deep crisis for the last two to three years, with most of the documented steel sector declaring heavy losses. However, he maintained, the steel sector refrained from passing on the impact of increase in international prices to the masses.

“Some of the factors that contributed to this situation were devaluation of PKR, increase in the interest rates by SBP, and measures taken by FBR in 2019 especially as a result of change of regime from Special Regime to the Normal GST regime (ad valorem) which resulted in drastic increase in the GST amount. During these years, the cost of all kinds of inputs went up significantly, including the cost of electricity,” Wajid Bukhari, General Secretary PALSP, claimed.

He noted that the price of steel bars used in reinforced concrete construction peaked almost 20pc to 25pc in the last three months. However, this sudden rise was noticed not only in steel rebar prices but also in the other construction items like cement, pipe fittings, bricks and tiles etc.