After being named a high-performance company by Forbes, Highnoon performed highly 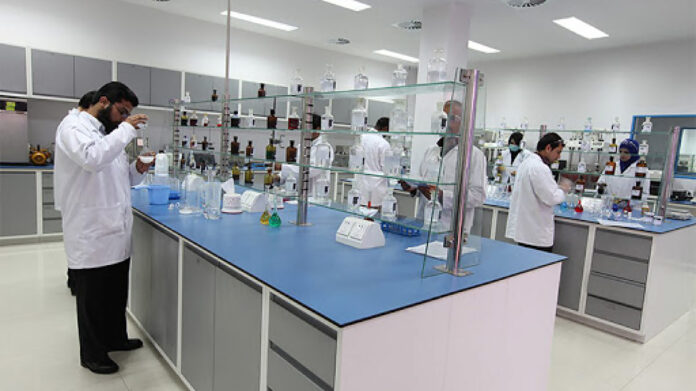 And that is not because they had a dicey 2019 or anything, in fact, this was quite expected. At a time when Pakistan’s economy was teetering at the edge of disaster, Forbes Magazine listed Highnoon as one of the high-performance companies in Asia in 2019. Only three Pakistani companies out of two hundred have been added to the list.

Chances are, however, that you have not necessarily heard of Highnoon before.  Established in Lahore in 1984, Highnoon was listed on the stock exchange as a public company more than a decade later in 1995. Highnoon has a wide product portfolio, producing basic therapeutic class medicines, generic name medicines, as well as herbal medication. Within this segment, Highnoon produces drugs for alimentary tract and metabolism, antihistamines, anti-invectives, cardiovascular, endocrine, hematology, musculoskeletal, nervous system, parasitology, respiratory, and urinary tract infections.

At its Lahore facility, the company manufactures Solid Dosage Forms including tablets, capsules, pellets encapsulation, dry powder suspension, and dry powder sachets. The facility also also supplies Liquids (Syrups & Suspensions and Oral Drops) which have state of the art dedicated Hormonal Facility. The present manufacturing capacities fully cater to the needs of local and export markets. According to their own data, their facility has a capacity of producing 180 million capsules, 788 million tablets, 8 million bottles of syrup, 6 million oral droppers, and a capacity to package 68 million cartons.

They also have under their umbrella Curexa Health, which is a wholly owned subsidiary of Highnoon that was incorporated in 2015. Curexa specializes in the area of antibiotics, primarily cephalosporins. Route–2 Health (Private) Limited is an associated company of Highnoon. Route–2 Health is a manufacturer of herbal medication and its association with Highnoon has existed since 1984 and has been rapidly expanding as a brand with a presence in Canada, UAE, and a state-of-the-art manufacturing facility in Lahore, Pakistan. This facility of Route2Health is Asia’s 1st USP accredited dietary supplement facility.

So how did Highnoon manage to make the past few years count after being around since 1984? It is interesting as to how they were able to perform so well during the year considering the industry dynamics. The company managed to thrive in a challenging environment despite the high inflation rates and rising costs, slow economic growth, and most importantly currency depreciation, in addition to a global pandemic that rocked almost every business in the world in some form or the other.

Raw material consumed as a percentage of sales remains an important variable for this industry. With a number of raw materials imported, the devaluation of the rupee certainly weighs on the costs of production. A problem the industry faces is the fact that it cannot pass on an increase in costs to the consumers as easily as other industries. This is because the industry is heavily regulated and pricing is often decided.

In 2020, however, the company managed to increase its net revenue by 18.24%, cost of revenue by 13.29% and gross profit by 23.86%. While the breakup for raw materials is not available for 2020, cost of revenue as a percentage of net revenue stands at 51% in 2020 compared to 53.2% in 2019. Other costs increased by 13.81%. However, other income increased by 23.01% and finance costs decreased by 9.4%. As a result, for the year, Highnoon’s profit increased by 47.2%. The company exports to a number of markets, with Afghanistan being a major market for it. It can be assumed that better trade ties with Afghanistan may have resulted in greater sales.