Learning from history: How to protect Pakistan from Amazon’s antitrust practices

The sellers need to remember that Amazon is not just an opportunity, it is the competition 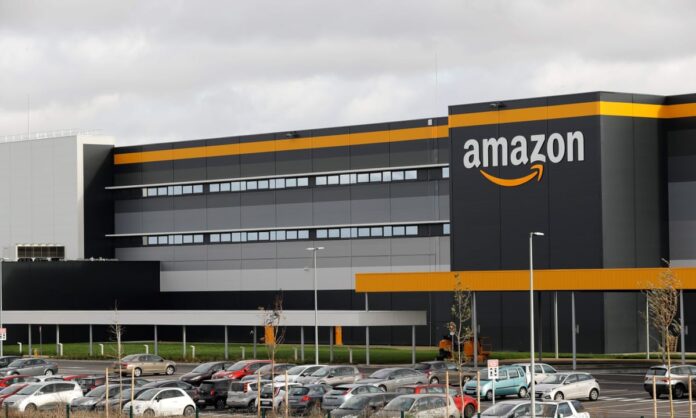 With recent hype being and many looking forward, Amazon entry was confirmed via a tweet by Minister of Pakistan for Commerce and Investment Mr. Abdul Razak Dawood on 6th May 2021. Amazon opening its market for Pakistani sellers brings in opportunities as well as raises questions on many antitrust practices that we may perceive in the future, (Antitrust law is the law of competition).

The most common antitrust violations fall into two categories: (i) Agreements to restrain competition, and (ii) efforts to acquire a monopoly. In the case of a merger, a combination that would likely substantially reduce competition in a market would also violate antitrust laws.

As most of us know, Amazon is widely understood as a retail, shipping, and logistics platform that operates as the infrastructure for the retail industry. It basically acts as a transaction platform through Amazon Marketplace by facilitating transactions between third-party sellers and users of both new and used products through its website and mobile app. With a fulfillment center where the logistics and deliveries are handled by Amazon over a premium price it basically creates efficiencies through vertical integration that affects the consumers.

Furthermore, the advertisements it generates are also one of the major sources of its revenue.  However, what most people do not have information about is that one of the competitor’s sellers on the Amazon platform has to compete against is Amazon itself. Amazon enters into arrangements with manufacturers separately to sell products directly to consumers with free two-day shipping through a service called Amazon Prime.

All this and Amazon in return, other than generating billions of dollars, is able to collect a variety of consumer data in real time which helps in understanding the consumer needs and gains competitive advantage over other sellers and potential threats that Amazon may feel may directly affect its business thus either blocking them or strategically maneuvering them on its platform.

Here enter the Antitrust laws, whereby Amazon, though refuting the claims, has so far been named in many such cases of exploiting sellers and using the data gathered for creation of its own products, persuading merchants to use its fulfillment centers, placement of products, and many such anti-competitive policies that affect the sellers.  The report of Investigation of Competition In Digital Markets by U.S. House Judiciary Committee’s antitrust subcommittee is also an evidence against the antitrust practices. Recently European Union struggled to build an antitrust case against Amazon where Amazon has been accused of manipulating its platform to boost its own product sales.

Now coming to the Pakistan scenario, with Amazon entering the country, though at one end it can be a component force to boosts exports and help sellers looking to expand their market, it also brings in excess baggage of these antitrust practices which may directly hit the sellers having unique products and gaining advantage over Amazon on their products.

Previously, Amazon Marketplace prohibited sellers from offering lower prices on their own sites or any other online marketplaces that were offered on Amazon, however, such provisions were removed from the seller terms and conditions but it indicates that Amazon seller –restrictive practices may be tactically moved in their algorithms.  Pakistani sellers engaging on Amazon platform need to be wary about Amazon’s predatory pricing strategy where Amazon willingly foregoes its profits to establish dominance by pricing the most ordered products, firstly by moving to Amazon Prime and secondly by offering the same below cost that the sellers are offering thus taking the competition out and gaining an advantage.

There are many success stories that people have been using the Amazon platform residing in Pakistan and people are aware that Amazon’s entry into a seller’s market is positively correlated with the popularity and customer ratings of the seller’s products.  Another practice that can be seen is Amazon shifting costlier transactions to third-party sellers and appropriating less costly transactions from sellers for its own benefit. 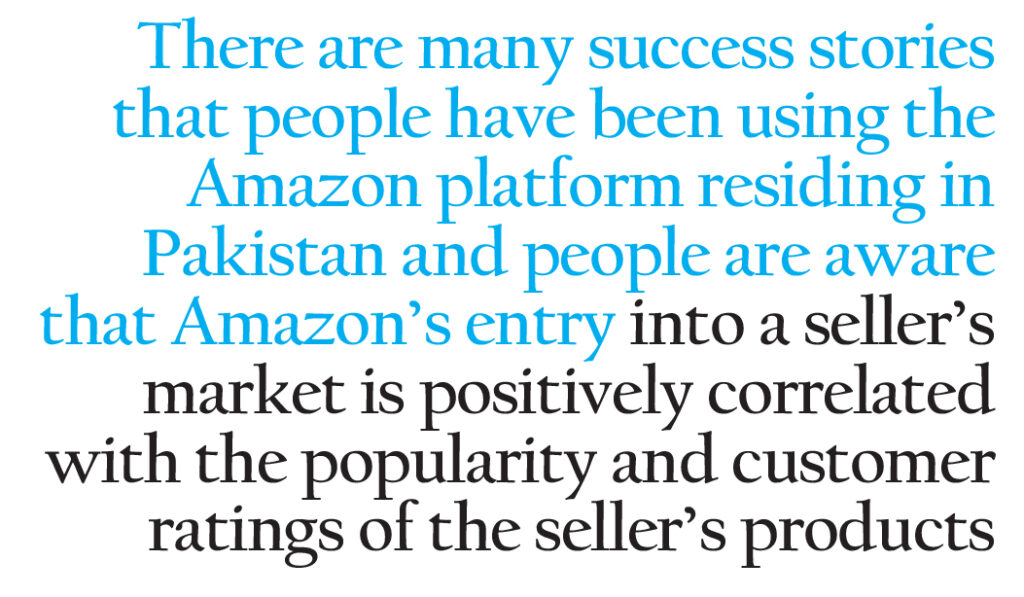 Amazon continues to grow at a rapid pace while expanding into new industries and collecting massive amounts of user data. Utilizing this data, enables it to exercise its market power to create restraints of trade, like acquiring entrants before they become competitive threats or selectively excluding participants from search engine results.Amazon acquires or invests in the potential sellers thus meaning that the sellers on the Amazon platform are basically ventured or associated companies of Amazon itself, flowing the revenue back to itself.

Though Pakistan is now open as a marketplace for Amazon, Pakistani market sellers looking to expand their business and products need to wary of the fact that Amazon has a tendency and the data to maneuver strategically refuting the claims of giving preferential treatment to selected sellers and adjusting itself to laws, rules, and regulations of the country. Further, one must be vigilant that Amazon having a presence and relevant market power is able to drive the policies at the government level as well.  This is where the local providers of similar platforms should engage with the higher authorities and have policies that ultimately are beneficial in the long term for the country and not just a gimmick to portray to the world the e-commerce industry booming in Pakistan.

Sellers here in Pakistan need to equip themselves with all necessary licensing of their trademarks, business structure, products, return policies, and carry out a detailed financial plan. We should learn from the countries that have a strict code of conduct against these tech giants and help in safeguarding and protecting the country’s interests and having full transparency and disclosures by these companies in light of the laws of the land.

Pakistan needs to step up its implementation of its e-Commerce Policy and updating its Competition laws and have an implementation procedure of the polices, rules and procedures. Policies are only good once they are implemented and with this rapid change and development the implementation is the key which would drive the success of sellers and increasing exports of Pakistan via Amazon.