Sitting on other people’s money till next Monday can net you a tidy sum. That can be good and bad 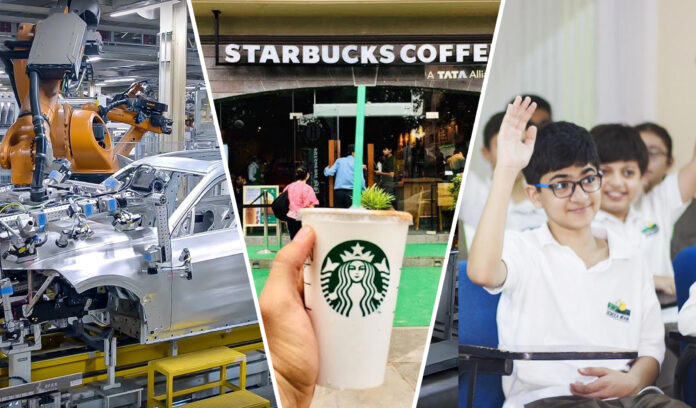 Selling lots of coffee was all well and good for Starbucks. But the Seattle-based coffeehouse chain seems to have figured out a way to leverage its customers’ sheer loyalty into getting even more profit.

You see, lots of Americans go to a Starbucks on their way to work every single day. For them, instead of paying by cash, or a point of sale card transaction or even a general fintech app, it made more sense to use Starbuck’s own app. Or their gift cards. Afterall, the company was giving far more rewards on their app and gift cards. (Two redeemable ‘stars’ for every dollar spent as opposed to the one that they would get otherwise.)

Earlier this year, it was revealed that Starbucks customers’ prepaid balances (unused account balances sitting on either digital or physical gift cards) amounted to just over $1.4 billion!

Let that sink in. In effect, Starbucks has gotten, from its eager customers, a loan. An interest-free loan.

As financial journalist and investor Neil Patel writes, “Think about that for a second. Consumers love Starbucks so much that they’re willing to make a deposit to redeem coffee at an unknown future date and time. Starbucks is essentially gaining access to an interest-free line of credit, one that equates to roughly 4% of the company’s total liabilities. Whereas a traditional bank is severely restricted on the actions it can take using customer deposits, Starbucks has more leeway; it can reinvest directly back into the business on expansion opportunities. The company’s free cash flow is also enhanced, as this phenomenon decreases working capital needs.”

What makes Starbucks’ situation so great for them is the fact that though they have to ‘return’ this money, it is in the form of coffee that they are going to be selling at a huge profit margin anyway.

And that’s not counting those dollars that will lapse. A significant portion of the deposits end up going unused. These, the company calls ‘breakage.’

The Starbucks case of being flush with someone else’s cash (at no cost of funds, even if, for a smaller window of time) isn’t alien to us here in Pakistan. Consider the auto sector. Because of the bizarre way our ever-spoilt auto sector works, you pay up for your car but don’t get it till months later. If you want to get it then and there, you have to pay a third-party investor a premium for it. This strange situation has been normalised in the customers’ minds to the extent that even the vernacular has changed around it. The word khareedna (bought) is used only for second-hand cars; for brand new cars, it is nikalwaana (got it out.)

At any given point in time, the auto sector’s Big Three would have hundreds of millions of dollars of their customers. Customers who are months away from even seeing their cars. Again, an absolutely zero interest rate loan.

But it’s not just the big corporates that are in on this racket. You might have noticed some schools sending O and A levels registration forms to their respective examination boards much before the deadline. With enough students, that’s no small change that these schools are sitting on for several months.

So what do they do with this money?

Well, if they want a no-headache approach, all they have to do is walk over to the bank and put in a term deposit. Term deposits of less than a year are technically called Short Term Deposits but people don’t generally know that the term can be as short as a week.

Let us consider an example. Say you are sitting on Rs 10 crores (100 million) that you have to return at the end of the month. Consider that the bank is giving you a return of 7 percent per annum. That means by the end of the month, you can take your money out and pocket a Rs 6 lakh difference. If you had to return the amount at the end of a week, you will get one-and-a-half lakhs.

If you are willing to take a slight risk (bank term deposits aren’t risky; the State Bank sees to that) and want to invest in mutual funds, the returns are even better. Mutual funds getting you a 10 percent annual interest is pretty common these days. The 10 crores from the example above will yield you Rs 8.5 lakhs after a month and 2 lakhs, 10 thousand after just a week.

Mutual funds aren’t too big of a risk either, but since it is other people’s money we are talking about, it is prudent to mention that there is at least some risk involved.

Umm…and this is bad because…?

None of this is bad, actually. In fact, parking temporarily parked excess liquidity in a profit-yielding account is not the rule, not the exception.

Modern day CFOs and finance managers are expected to make optimal utilisation of such capital. And it’s good for the financial capital markets as well, for this money to be in circulation. For the banks to always have lots of cash at hand.

In fact, the Supreme Court of Pakistan, never a forum associated with a penchant for financial acrobatics, chastised the concerned department when it was revealed that the funds collected in former Chief Justice Saqib Nisar’s Diamer-Bhasa Dam Fund had been kept in a dormant account. How much money had been lost in terms of opportunity costs when this Rs 10.6 billion sum was not kept in an interest-yielding account, the court asked.

No to free lunches, though

The problem arises, however, when we acknowledge the fact that not all such situations are the same.

In the case of Starbucks, the consumers willingly gave their money to a company for deferred consumption of a particular product. And by doing so, they even got better deals.

That is not what happens in all such cases.

Let us assume there is a cartel. We’re not talking about the Pakistani auto sector. We’re not. *cough *cough.

Let us assume that this cartel has decided that they will give all products on a deferred basis. Because everyone within this oligopoly is in on it, the sales aren’t affected and the three companies are flush with cash.

They make lots of money off this cash and the end customer doesn’t see a dime of this.

Remember the old adage, which one sees in the initial chapter of microeconomics textbooks every now and then: “There is no such thing as a free lunch.”

For the consumers’ sake, let us keep it that way.

Instead of banning it every few months, the PTA needs to come up with a proper censorship framework
Read more
COMMENT