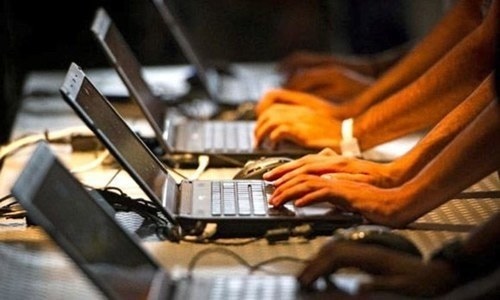 The government, through this act, wants to provide institutional and legislative support for the national technology sector with internationally competitive and export-oriented structures and ecosystem in addition to developing collaboration between academia, research and technology industry.

The reason for this act is also to help in creating jobs in the technology sector, capitalising on our youth dividend.

The creation of the authority will also build an environment, which would attract foreign direct investment, apart from improved quality of domestic technology products and services and fostering innovation, document states.

According to details, the government will establish a Special Technology Zones Authority (STZA) consisting of a chairperson and up to eight members.

The authority shall have exclusive power and authority for planning, policy formulation, execution, monitoring and evaluation of zones besides it can approve and notify zones in accordance with rules or regulations.

The authority may also identify and promote technology sector investment opportunities within and outside Pakistan.

Furthermore, it can develop and approve mechanisms and arrangements for management and operation of zones including the one-window facility for the provision of all services and utilities, physical as well as logistics infrastructure, human capital development and digital infrastructure for the zone.

Documents state that the prime minister will be the president of the board of directors of authority and this board will consist of 25 ex-officio and independent members who would be appointed for four years by the federal government.

According to details, there would be ten-year income as well as sales tax, customs duty and property tax exemptions to zone developers and enterprises.

Moreover, the government has also given exemptions on dividend income as well as capital gain while zone developers and enterprises can open and maintain foreign currency accounts.

For the avoidance of doubt, co-zones developers shall also be entitled to the exemptions and incentives from the date of issuance of the license for the period of 10 years, documents state.

The authority shall prescribe a legally binding enforceable alternative dispute resolution mechanism consistent with the applicable laws for the settlement of all disputes arising among and between the authority zone developers or enterprises.