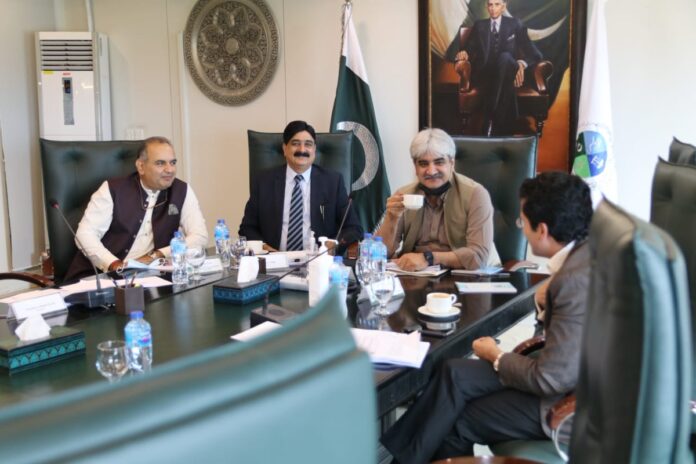 The 63rd meeting of the National Assembly Standing Committee on Finance and Revenue was held under the chairmanship of Faiz Ullah.

The Committee discussed the “The Security Exchange Commission of Pakistan (Amendment) Bill, 2020”, clause by clause, the Chairman Audit Oversight Board and other stakeholders were also present in the meeting.

After a threadbare discussion, the committee unanimously passed the Bill with some amendments.

Federal Board of Revenue Chairman Dr Muhammad Ashfaq Ahmed apprised the Committee about the overall performance of FBR particularly on income as well as sales tax refunds issued from 2008 to date.

FBR chairman informed the committee that the refunds of Sales Tax as of 22-09-2021 were pending due to Tariff differential. He was of the view that tariff differential policy needs to be reviewed, moreover, he emphasized the need for massive investment for infrastructure, particularly in IT Sector in wake of the recent Cyber Attack in FBR.

He was also of the opinion that policy consideration regarding pending income and sales tax refunds before the tax year 2020 required to be liquidated through TSG.

The committee members have expressed their concerns over the increase highlighted by the FBR in revenue collection.

The committee noted that said increase of revenue growth was due to an increase of price in import, which was not a positive indication with regard to broadening of the tax net.