Despite all of the recent attention, Pakistan has not had venture capital firms setting up offices in the country 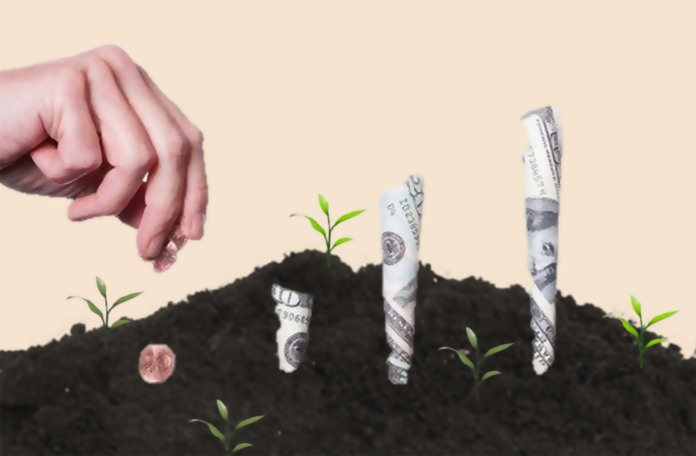 Everyone is waking up to Pakistan. The year 2021 has been nothing but momentous for the country’s startup ecosystem in terms of the money being poured in from outside. Everyone now feels that Pakistan’s startups hold the potential for technology companies to come in and disrupt a system that has been running in a set way for decades.

Seths have been upset about it, only to join the league a little later, realising startups are the direction in which things are going to go for now. Consider banking seths who are now waking up to fintech companies, changing their slogans from ‘Jahan Khwaab, Wahan HBL’ to ‘a technology company with a banking license’ in the case of Pakistan’s largest bank.

The shift has been rather quick, and change happens quickly when there is big money involved. For the first nine months of 2021, Pakistan’s startups have successfully clocked close to $300 million in funding from leading names in the Venture Capital world, and that has definitely turned the tides. Names like Andreseen Horowitz and Kleiner Perkins, two of the world’s biggest startup investors based in the US, have also been involved.

However, while Pakistan has been getting serious attention, it has still not been enough for any of the big names in venture capital to actually open up offices in Pakistan – a bigger commitment not just to a single startup but to the country on a whole. Pakistan’s startups have to reach out to these guys in the US or some other place in the world to convince them of the opportunities in Pakistan.

It has only been expat Pakistanis who have flown back to Pakistan and set up funds in their home country. Now, another one of the investors that is US-based and again helmed by an expat Pakistani, plans to invest in Pakistan’s startups and to do so, is going to have boots on the ground. That means it is not going to invest from its headquarters in the US; rather it is setting up an office in Pakistan to evaluate the opportunities on the ground. The investor is US-based NRD Capital which is ready to test waters in Pakistan with an allocation for startups, from what NRD Capital says is a $300 million fund. 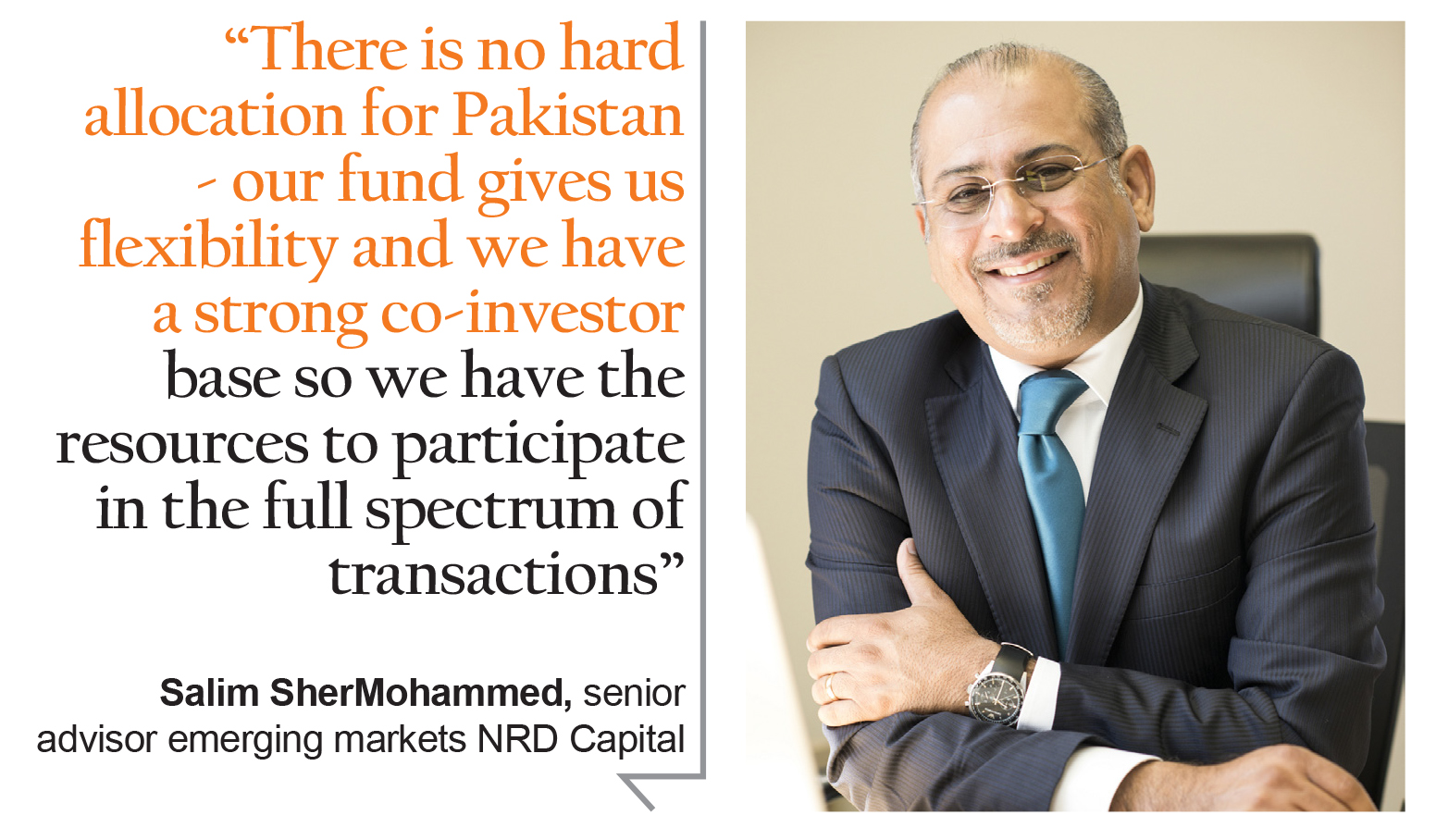 Headquartered in Atlanta, NRD Capital is a private equity firm which specialises in franchises and is the owner of Ruby Tuesday, one of the largest foodservice retailers in the United States. Besides Ruby Tuesday, the firm has investments in other restaurants, service and retail brands and technology startups.

The firm’s website says that it clocks in a yearly revenue of $1.5 billion and it is helmed by Aziz Hashim, a Pakistani immigrant to the US who is now considered one of the world’s leading expert in franchising. Aziz is also the chairman of the International Franchise Association (IFA), the world’s biggest franchise association. Aziz is being helped by Salim Shermohammed, a Pakistani-South African and senior advisor emerging markets at NRD Capital, to set up Pakistan operations for NRD Capital.

The investment plans for Pakistan

It’s a cautious entry for NRD Capital in Pakistan. The firm plans to invest in startups raising Series-A and beyond, which naturally means less deals to begin with but ones that are solid and less risky.

Only Jabberwock Ventures and Airlift raised Series-B rounds. According to Crunchbase, less than half (42%) of the startups that are able to raise seed funding, grow enough to move on to raise Series-A rounds. Extrapolating on that, 14 out of the 33 startups that have raised seed rounds so far should be able to make it to Series-A, which NRD Capital can potentially look into, besides the 7 startups that have raised pre Series-A or Series-A rounds, and the two Series-B startups. Earlier, Bykea has raised a Series-B round and is considered one of the most promising startups in Pakistan.

In short, Pakistan has enough early-stage startups, now following the 2021 funding rush, for investors like NRD Capital to come and potentially look into for investment.

“We are respectful of any new market places that we enter to understand it and therefore we walk before we run,” says Salim Shermohammed, displaying cautious optimism, because these are still the early days of Pakistan’s startups, despite the spike in funding. There aren’t many solid exits and stories of lucrative returns for investors, for others to see and come rush-invest in every other startup. Tech casualties are very much on the cards, which is why NRD Capital is aiming to invest in startups which have shown some promise on their growth, and in such startups, it plans to take leading positions as an investor.

If a startup has shown the growth promise, NRD Capital will be willing to get a major share, like 10% of the company. 10% of a startup that has made it to the growth stage of its journey could add up to millions of dollars but for the size of the startups and the valuations they are getting these days, the 10% is not going to add up to much of an investment for them as NRD Capital claims. Therefore, even a small allocation can go a long way in the venture capital space in Pakistan.

While the exact size of the allocation for Pakistan was not revealed to us, Salim did give a hint that they plan to start small, eventually ramping up the investments as more opportunities bloom. For the companies that are really solid and strike a cord, NRD Capital won’t be shy of putting a big investment in such companies.

“There is no hard allocation for Pakistan – our fund gives us flexibility and we have a strong co-investor base so we have the resources to participate in the full spectrum of transactions” says Salim. “We are long term players and will be deliberate and that is why we are establishing our offices to have a physical presence in the country and participate in the venture  ecosystem fully.  It’s important to us to create what we call a ‘Knowledge Bridge’ between our global offices – this helps us avail of a large network of talent across many sectors which can not only provide initial underwriting support but subsequently  bring best practice and assistance to our portfolio companies.”

Most of the startups that raised investments this year came into seed-stage startups. Some of the big names in the global venture capital scene have put their money in seed stage startups. Is NRD Capital missing out in some way? Maybe not, if you consider that NRD Capital is primarily a private equity firm. Private equity guys are more measured and careful, and even after that, they might not make an investment. Startup venture capitals are more impulsive, therefore, less cautious, and tend to make more risky investments.

“We will not ignore seed stage investing.  We believe in participating across all stages so we will definitely play a part in Seed rounds and we are in discussions with potential local partners to further our access to such opportunities.”

“Our sweet spot is in Series A and B but in an emerging tech market like Pakistan it is important to support seed opportunities which help downstream as they lead to A and B rounds ,” adds Salim.

Startups are the buzz every other investor is falling for these days. NRD Capital, however, says that because they are primarily in the private equity space, they will not ignore private equity investments in Pakistan, besides venture capital investments into startups. And the timeline with regards to formally launching the fund is weeks rather than months. To give a better perspective on how things are moving at NRD Capital, they have already received an allocation in one company and are set to invest. More are also being evaluated. With the kind of ethos and seriousness NRD Capital is exhibiting with its approach towards Pakistan’s startups, it is one investor to look forward to.