Steel industry decries use of imported steel in CPEC projects, calls on PM 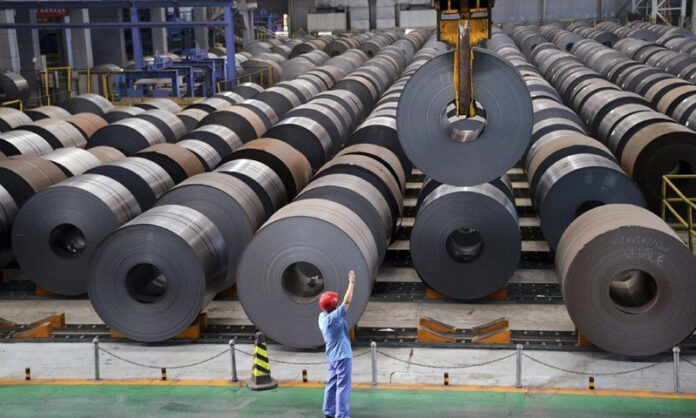 ISLAMABAD: The local steel industry has broken its silence over being ignored in mega projects under China Pakistan Economic Corridor (CPEC) and has written to Prime Minister Imran Khan against the use of imported steel in these projects.

In a letter sent to the PM office, the Pakistan Association of Large Steel Producers (PALSP) has informed that despite producing high quality and competitive products, steel is being imported for the construction of Gwadar AirPort, Special Economic Zones (SEZs), Gwadar Free Economic Zone (FEZ) as well as other CPEC projects.

The local steel industry has surplus capacity for producing world-class steel, the association stated, adding that this is a damaging situation for the local industry. “By all means, it amounts to exporting our jobs to other countries.”

According to the association, in order to make these mega projects a win-win for the local steel industry as well as the country, the government must not allow duty-free import of all such goods and materials which are manufactured locally and ensure and permit only locally produced products, that meet international standards, to be used in infrastructural CPEC projects.

PALSP also urged the government to allow tax adjustments on all kinds of taxes to local suppliers for the above-mentioned projects.

However, machinery that is not produced locally may be allowed to be imported, the letter stated.

“It is high time for our decision makers to realise the situation and promote the domestic industry which is the back-bone of the country’s economy. The government has to take steps to safeguard the interests of the domestic industry. If we continue to rely on imports, this will result in the capture of our entire market by foreign entrants, and above all, it will immensely increase the burden on the balance of payments,” the association stressed.

According to industry sources, other important materials such as locally produced cement were now being supplied by local manufacturers for CPEC projects.

Earlier, both the cement and steel industries had been running pillar to post, persuading concerned ministries for getting supply shares in CPEC projects.