Are our economic managers flying blind?

The Dismal Science is also an inexact science, yes. But our horrible statistics departments have made it look like astrology 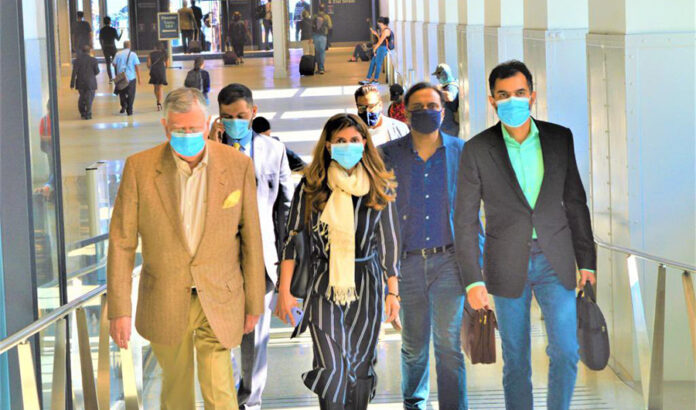 A disagreement seems to be brewing between the finance ministry and the central bank. Not on whether or not there is inflation – one would have to be a certain kind of overseas supporter of the ruling party to dispute that – but on what is causing it.

The lot at Q Block thinks we’re seeing cost-push inflation caused by international supply shocks. There are just way too many inputs that we are importing, like fuel, most notably, that are just too expensive, which in turn, make everything else too expensive. The central bank, on the other hand, feels there’s too much money sloshing about and some of it needs to be sucked out of circulation to curb it chasing the same quantum of goods and services.

Unfortunately for the finance ministry, in these two competing views, the central bank’s view involves something under its direct control: the interest rate. And, as we saw on the 14th of this month, they hiked it up by another 100 basis points.

The finance ministry wasn’t amused. The economy is not overheating, they say. It’s just some cost-push inflation. Please let’s just wait it out and in the meanwhile, let us not create conditions (like high interest rates) that will hurt businesses, as well as the government’s own fiscal space.

Whichever side of the debate one is, however, it underlines yet again, an issue that we keep coming back to. The lack of statistics with which to prove one’s argument.

Take, for instance, the issue of whether or not the economy is overheating. As recently as September, the advisor on finance announced  that the economy might be overheating. However, the SBP back then did not see any serious dangers, and was thus not ready to increase the interest rates drastically, which is the usual medicine given to an overheating economy. However, this difference of opinion wasn’t a problem back then since even then the finance advisor didn’t want an increase in interest rates and wanted to cool down the economy through fiscal tools.

The advisor and the governor still disagree, but now they have clearly switched sides. Who was right, when?

By definition, an economy can be pronounced as overheated when, in addition to inflation, it is also at full employment, – which economists describe as 96 out of a 100 people having jobs. Now, whereas the managers of the American economy make their calls using employment figures provided to them on a monthly basis, their Pakistani counterparts have absolutely no usable employment data to rely on (the last Labour Force Survey was conducted in 2018-19.) The quality of data is heavily contested in many countries but we are not even at that stage yet. Our data is ancient to begin with, hence, completely useless.

So what does the SBP do then? The good news is that, before each meeting, the members of the Monetary Policy Committee (MPC) of the central bank are all presented with an exhaustive compendium of statistics by the SBP’s own statistics department. And the MPC does make decisions based on that data, including an effort to estimate the output gap, which is considered to be an acceptable alternative to the unemployment number. But the problem here again is that the number crunchers at the central bank mainly rely on the GDP number calculated a year ago, and also some other guesstimates that the Pakistan Bureau of Statistics (PBS) working under the Ministry of Planning gives them.

It is also a fact that the MPC is a sort of a democratic body, containing a rather diverse set of viewpoints. And we don’t use that word lightly. Not only does it have industry representation (which one would assume would always vote for low interest rates), it also has an MMT proponent in Dr Asad Zaman (MMT folk believe in zero interest rates). And yet, in the latest meeting, when the members were presented with the exhaustive compendium of (mostly old) statistics, all members reached the same conclusion: to increase the policy rate by 1pc. And this isn’t an anomaly. In the last four meetings, for which minutes are available, there was complete consensus in two meetings, while in the other two, decisions were taken with an 8-to-1 majority vote. What does all this mean? It means that though the central bank doesn’t seem to be operating on mere whims, it is still relying heavily on the old statistics it is presented with.

The current governor of the State Bank claims to understand how quickly things change nowadays, and has thus increased the frequency of monetary policy meetings regarding interest rates decisions. But how does he know what has changed every month?

Economics, like the rest of the social sciences, suffers from what is called Physics Envy. It wants its theories to be considered as immutably mathematical as those of physics. It is accused of mathematicising certain arguments more than they possibly should be.

But even those disbelieving matheists don’t recommend not using numbers to begin with. Statistics are the fundamental units with which any argument is made in economics or, indeed, all of the social sciences.

The government is currently moving ahead with some legal amendments to the fundamental nature of what the central bank should be. But perhaps it should be more interested in reforming the Statistics Division. The Pakistan Bureau of Statistics doesn’t need to be reformed, it needs to be completely overhauled. In an era of Big Data and artificial intelligence, our mandarins over at the stats div are still using antiquated methodologies.That too, sluggishly.

NADRA is perhaps a Pakistani success story and, barring delays on high-speed internet spectrum, so is mobile teledensity in the country. These two, combined, could serve as extremely useful tools for the PBS to go about its job. Not just through data mining but also plain, old-fashioned call centres dialing up for data. And perhaps the government could also look into the idea of making it compulsory, with scheduling flexibility, to answer queries and surveys over the phone by the PBS.

The culture of flying practically blind has to stop. There are economic arguments to be made and crucial decisions to be taken. They should be made seriously and with data. What our economic managers are working with is haphazardly collected data using outdated methods. Sketchy data which, to further twist the knife, is also lagging behind by several years.

Babar Nizami
The author is a business journalist and a media professional, presently working as the Publsihing Editor for Profit. He can be reached via email at [email protected] He tweets @Bnizami