The startup eyes local expansion into major cities in Pakistan from its current operations in Lahore, followed by international expansion 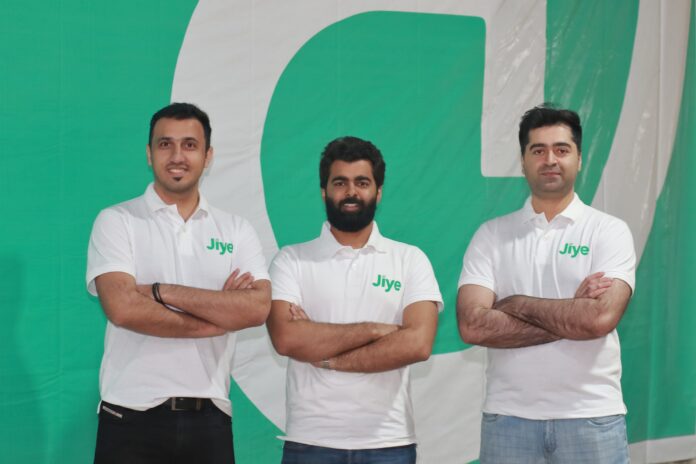 LAHORE: Lahore-based agri-supply chain platform, Jiye Technologies has claimed to have raised $2.5 million in its pre-seed funding round, as the farm-to-retail startup rolls out expansion across Pakistan’s major cities.

The round was joined by Pakistan’s Sarmayacar, UAE-based Access Bridge Ventures and Jabbar Internet Group, UK-based EquiTie and Swiss VC firm Seedstars. The round was further joined by angel investors from MENAP (Middle East, North Africa and Pakistan), Europe and North America.

Following the pre-seed round, Jiye Technologies plans to grow its presence in cities other than Lahore where it is based, followed by international expansion.

Pakistan’s farm-to-retail supply chain is highly fragmented and dominated by middlemen which buy farm produce from farmers at lower rates. By the time the product reaches retailers, the price has increased manifold because of the commissions charged by multiple stakeholders in the supply chain.

Multiple stakeholders also buy at arbitrary prices which results in high price uncertainty on a daily basis. The fresh produce is transported in antiquated vehicles in a disorderly and time consuming manner, which increases wastage and decreases the shelf life of vegetables and fruits.

Jiye Technologies allows fruit and vegetable retailers to order directly from the Jiye app. The company then transports the order to these retailers from its warehouse.

Jiye purchases directly from farmers at lower rates and sells it to retailers at the prevalent market rate. The operations remove multiple stakeholders in the supply chain which leads to low price uncertainty.

The startup claims to have grown more than 30 times in just five months, with a team of over 150 employees. Following the round, Jiye plans to expand to five major cities in Pakistan. Beyond Pakistan, they aim to expand into MENA in 2022 to capitalize on what they say is a $120 billion market.

As it grows, the startup plans to include value-added services on the app like insurance and loans through an ecosystem of partnerships. Additionally, the startup has aggressive plans to accelerate their mission of digitising the farm-to-retail supply chain through fintech solutions, fueling financial inclusion and connecting the massive segment to the formal financial system.

“Despite being the fifth largest population with a staggering 56 million acres of crop-able land, one of highest in the world, agriculture in Pakistan has grown at a meager 2% YOY in the past decade, which seems like a challenge yet an opportunity at the same time, the startup understands the great potential hidden within the sector, awaiting disruption,” a statement from the startup read.

Ali Amin, co-founder of Jiye Technologies, who also belongs to a family of agri marketplace traders, said, “We’re driven by impact; we like to bring positive change in categories which impact the masses in Pakistan, hence, we chose to fix a phenomenon that touches almost 70% of the country’s population.”

Issa Aghabi, managing partner at Access Bridge Ventures said, “Jiye Technologies, with its experienced team, is looking to disrupt the local farming supply chain by creating better processes and efficiencies while catering to the needs of its stakeholders. This marks our seventh investment this year and our first in Pakistan. We have been extremely bullish about the Pakistani market and truly excited to be part of the journey ahead.”