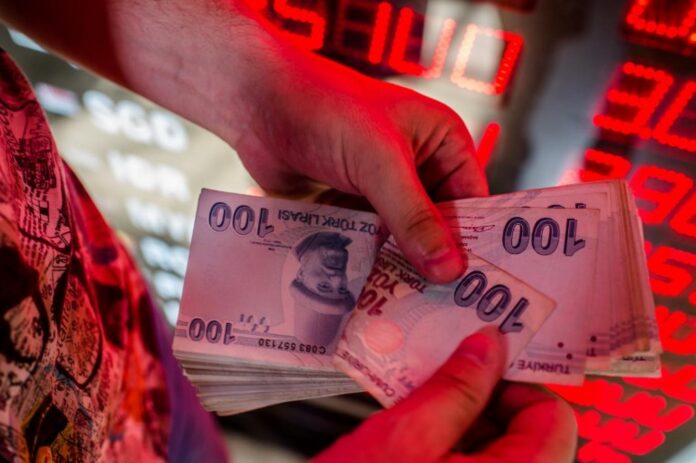 Erdogan has pushed the central bank to sharply lower borrowing costs despite the annual rate of inflation soaring to more than 20%.

Economists believe the policy could see consumer price increases reach 30% or higher in the coming months.

But Erdogan said in remarks aired by state television that his Muslim faith prevented him from supporting rate hikes.

“They complain we keep decreasing the interest rate. Don’t expect anything else from me,” he said in the televised comments.

“As a Muslim, I will continue doing what our religion tells us. This is the command.”

Erdogan has previously cited his religion in explaining why he believes interest rates cause inflation instead of reining it in.

High-interest rates are a drag on activity and slow down economic growth.

But central banks raise their policy rates out of necessity when inflation gets out of hand.

The Turkish lira has now lost more than 45% of its value since the start of November alone.

It was trading down more than eight per cent against the dollar on Monday evening.

The main stock exchange in Istanbul also briefly suspended trading for the second successive session as the currency rout extended to Turkish shares.

“You cannot run a modern economy integrated into the global economy on this basis,” economist Timothy Ash of BlueBay Asset Management said in a note to clients.

Turkey’s nominally independent central bank — stacked in the past year with Erdogan’s allies and supporters — has used four successive rate cuts to lower its policy rate to 14% from 19%.

Diplomats think the powerful but increasingly unpopular Turkish leader believes that economic growth at all costs will help him extend his rule into a third decade in an election due by mid-2023.

Erdogan last month launched a self-declared “economic war of independence” aimed at breaking Turkey’s reliance on foreign investment and the fluctuating cost of imports such as oil and natural gas.

But the policy is meeting increasing resistance from powerful business leaders who had largely rallied around Erdogan during his 19-year rule.

The TUSIAD lobby of major exporters issued an unusually firm rebuke of the president over the weekend.

“The policy choices implemented here are not only creating new economic problems for businesses, but for all of our citizens,” the big business lobby said.

“It is urgent that we assess the damage that has been done to the economy, and quickly return to the implementation of established economic principles, within the framework of a free-market economy.”

“I am calling you out,” he said. “You have only one job: to ensure investment, production, employment and growth.”