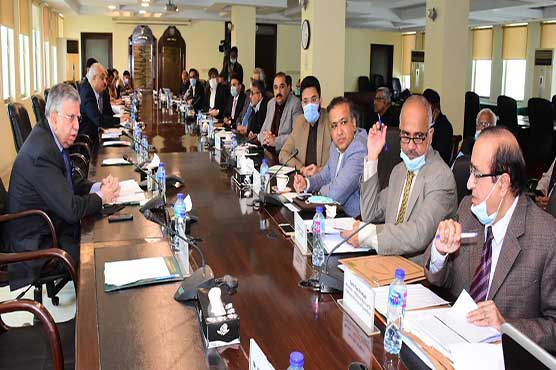 ISLAMABAD: Prices of essential commodities have registered a decline due to administrative measures taken by provincial governments for reducing the gap between the wholesale and retail price, the National Price Monitoring Committee (NPMC) was informed on Wednesday.

While presiding over the meeting of the NPMC, Federal Minister for Finance and Revenue Shaukat Tarin was updated on the prices of wheat flour have marked a continuous decline in the prices in the country for the last five weeks.

The meeting expressed satisfaction over the availability of sufficient stocks of wheat in the country.

The meeting was also briefed on the weekly SPI which decreased by 0.50pc in the week as compared to previous week, which increased by 0.40 percent.

The meeting was while being briefed on sugar prices and its stock position in the country was told that sugar prices have recorded a slight increase in various cities. Somewhat similarly, there are also variations in the prices of pulses while there has also been a rise in the prices of eggs and chicken due to seasonal factors, the meeting was told.

The NPMC also directed the Ministry of NFS&R to formulate a strategy for the provision of storage infrastructure for improving the supply chain of perishable food items.