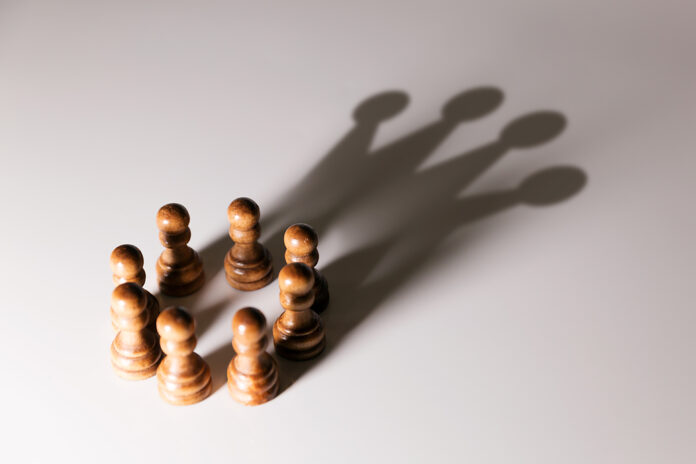 Leadership is one of the most fundamental components of a successful organization. An organization with strong leadership is not only able to achieve its goals but also ensures that their success will be sustainable for a long period of time. The concept of leadership is not straightforward and people are often confused regarding what it means to be a leader. It is a common misconception, for example, that leadership can only succeed when a person has significant power or authority. Moreover, people fall for the fallacy that ‘bosses’ and ‘leaders’ are synonymous with one another when in reality they are very different. Therefore, it is very important to understand what a leader actually is and the impact they can create on people.

Leadership can be defined in many ways and depending on the context, various definitions can capture the essence of leadership. From my perspective, a leader is someone who is able to influence and motivate others to maximize their efforts towards the achievement of a goal. It needs to be understood that social influence is a crucial component of leadership. A leader must be someone who inspires others and is able to influence others. Having authority or power does not mean that you are influencing others but rather you are in a position to control others by force. In contrast, a leader is someone who through their actions is able to attract people and align them towards a common goal.

Leaders are defined by several commendable qualities. First and foremost, they are powerful communicators that are able to get their message across effectively. This is an important trait to have because it allows them to provide a clear vision and a sense of direction to people around them of how to go about the task at hand. On an individual level, this allows leaders to elicit the necessary response from people whether it is in the form of motivating the employee to raise their performance or working on their shortcomings. A successful leader is able to use his voice to draw the necessary response from people and inspires them to achieve greater success.

A good leader is able to empower their followers and delegate responsibility to others. People get more confidence when they are trusted with important decisions and leaders ensure that they create an environment where people are able to succeed in their tasks by providing the necessary support. A good leader realizes that they cannot achieve things alone and therefore they invest heavily in empowering people around them which ultimately leads to not only a productive work environment but also makes an organization capable of achieving their targets. On a personal level, great leaders display a high level of empathy with people.

This trait allows them to develop strong connections with people and people feel more comfortable in sharing their problems when they know that they will be provided the necessary help to overcome those issues. Perhaps most importantly, leaders have a strong sense of integrity and they never compromise on their values. People become inclined to follow someone when they realize that a person is honest with them and has strong ethical values that they uphold in the most challenging of circumstances. These are only some of the qualities that define what a true leader is and it is imperative that leaders consistently work on these traits to ensure that they are able to successfully lead people for an extended period of time.

Now that we have understood some of the qualities that a leader must possess, it is imperative to understand the difference between a ‘leader’ and a ‘boss’. A boss typically is someone who uses their authority or power to control people to act in a particular way, whereas a leader seeks to influence others through their actions. Bosses are usually authoritative in nature and they often strike fear in the minds of their subordinates, whereas leaders are approachable and inspirational to others. They also have a tendency to point out mistakes of individuals and scold them which is not conducive to addressing the problems that are being encountered.

Leaders on the other hand work actively to take measures to ensure that roadblocks are overcome and people do not feel singled out for any hiccup along the way. Whilst leaders tend to have a hands-on approach and actively involve themselves with others to work on projects, bosses prefer to be on the sidelines directing what needs to be done. With such differences, it is no secret that bosses and leaders have a vastly diverging impact on organizations. Bosses lead to a very difficult working environment which leads to an alienated workforce that cannot achieve its potential. Ultimately, organizations can fall in decline as talents leave the organization and targets are not achieved. Leaders, on the other hand, contribute to the growth of an organization by setting the right example for people to follow and inspiring them to consistently focus on self-improvement to become more capable professionals that ultimately become the backbone of an organization in the long run.

There are many inspirational stories of how leaders are able to transform organizations in different ways. Disney would not reach its high status without the revolutionary leadership of its founder Walt Disney. Under his stewardship, Disney became one of the most powerful companies in the world. Throughout his tenure, Disney showcased his leadership in different ways. The most notable example is when Disney employed the style of participative leadership that aimed to take feedback and input from his team of artists to produce high quality animated content.

The beauty of this style was that it created a platform where artists could openly share their opinions and have the opportunity to showcase their ideas. Ultimately, this allowed Disney to produce highly acclaimed content which would not have been possible if Walt Disney did not have the vision to lead his company in a particular manner. Another famous example is that of Ariana Huffington who is a co-founder of the Huffington Post. She employed a servant leadership style which aims to ensure the well-being of employees and  the presence of a positive corporate culture which is based on group morale. This allowed Huffington Post to create an appealing environment which focused on the development of its employees and propel itself to heights such as being one of the first digital media enterprises to win the coveted Pulitzer Prize.

These examples are a reminder that leadership is not limited to a specific style and there are different ways leaders can operate to achieve similar levels of success. Despite the presence of various leadership styles, leaders do have certain common qualities. Attributes such as integrity, good communication skills, empowering others and empathising with others are some of the qualities that are almost universally found in great leaders throughout the world. It is also my opinion that great leaders have the capacity to unlock the hidden potential in others whilst also ensuring that they consistently encourage others to maximise their potential.

Leaders leave a distinct footprint on an organisation by laying the foundation of great cultural values that  become the strength of an organisation. Throughout my corporate career, I have been privileged to benefit from the leadership of inspirational individuals which have guided me in the right direction to attain the success that I was able to achieve. Based on my experiences, it is my firm belief that just like there were leaders who inspired me and provided me with a path to success, it is my duty to do the same for the young generation by creating the right environment in an organisation through leadership. It is imperative that ‘bosses’ in Pakistan realise that enforcing others will not lead to success in the long-term. Success models for organisations are based on leadership and leaders ensure that they create a culture of inclusion where every person feels valued and respected. Tom Peters sums up the essence of leadership quite beautifully when he says: “Management is about arranging and telling. Leadership is about nurturing and enhancing”.