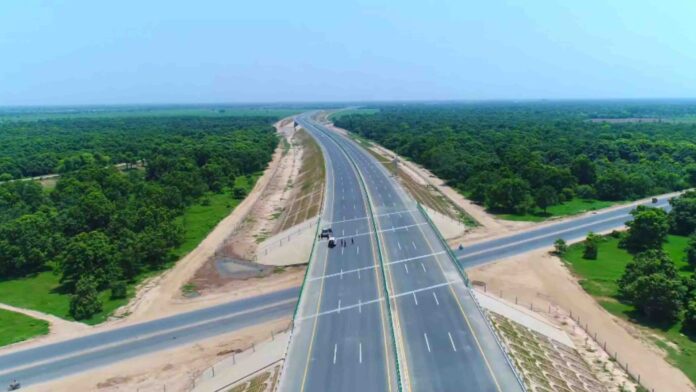 The financial bid was participated by Techno-CMC-ACC consortium which scored 98.43/100 marks and another bidder ZKB which secured 25.28/100 marks.

According to sources, Techno Consortium consists of two local firms, Techno and ACC and an Italian construction company called Cooperativa Muratori e Cementisti (CMC) di Ravenna which was earlier declared as disqualified by an evaluation committee of NHA.  The consortium is now likely to build the Sukkur-Hyderabad Motorway project on a Build-Operate-Transfer (BOT) basis.

Only two bidders had submitted their proposals and expressed interests for the construction of Sukkur-Hyderabad Motorway project. However, an evaluation committee of National Highway Authority (NHA) had declared the consortium as disqualified. The consortium later approached the GRC which announced its decision regarding the technical qualification of the consortium on Thursday.

According to sources capital Viability Gap Fund (VGF) of Rs143 billion and operational VGF amounting to Rs49 billion at Rs7 billion per year for a period of 7-years was authorised in the approved PC-I of M-6 project .

According to sources, ZKB in its financial bid had quoted Rs37 billion as capital VGF during construction and Rs143 billion as operational VGF. Similarly, Techno Consortium had quoted Rs9.5 billion capital VGF during construction while the consortium did not claim a single rupee as operational VGF which will lead to direct saving of Rs170.5 billion to the national exchequer.

According to sources NHA’s share as quoted by ZKB for a period of 22 years is Rs139 billion with a Net Present Value (NPV) of approximately Rs25 billion while the project cost as quoted by ZKB stood at Rs275 billion.

However, on the other hand, Techno consortium had quoted a Rs407 billion share for NHA for a period of 22 years with a NPV of Rs73.58 billion. The total cost of the project in this case will be Rs307 billion.

The project is of national importance and is going to cost the government Rs9.5 billion directly payable in the shape of capital VGF during construction while the government will gain Rs73.58 billion in terms of NHA share in present value terms.

NHA intends to undertake construction of the 306 km Hyderabad-Sukkur motorway (M-6) on a BOT basis under Public Private Partnership (PPP).

The concession period of the project is spread over 25 years. Likewise, the private sector is likely to be given the tolling and other ancillary development rights of the project to cover its life-cycle costs and earn an adequate rate of return on investment.

Furthermore, the government is supporting the financial viability and bankability of the project through the provision of capital and operational Viability Gap Funding (VGF) by committing to provide a maximum of Rs143 billion during the construction period and operational VGF payments spread over the first seven operational years.