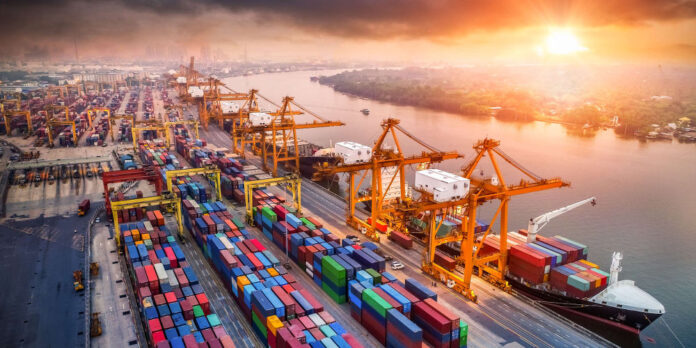 Rice exporters are claiming that import and export of certain agriculture items have come to a complete stop at ports on Thursday due to stoppage of fumigation services by a company.

Port officials, however, are denying any such hold up and say shipping is moving normally. The Rice Exporters Association of Pakistan (REAP), however, claims that the agri-product consignments are being held up at the ports.

As the Ministry of Food Security and Research (MoFS&R) has not taken any action against one company’s monopoly in the fumigation process, the company suddenly stopped fumigation of consignments in protest against a departmental inquiry initiated against it for unlawful practices.

According to officials on the direction of the Prime Minister, the MoFS&R had initiated an inquiry against Adeel Pesticides, the single importer of methyl bromide which is also the sole distributor and fumigator.

Following the PM’s direction, the ministry has constituted a committee, which was mandated to inquire and give its recommendations on the controversy over import of methyl bromide and the monopoly that exists in this sphere for immediate redressal of the situation and follow up to fix responsibility for any wrongdoing that may have occurred in the past.

“When the committee, which already delayed its investigation, started investigation against Adeel Pesticides in Karachi, the company and its other cartels including Pest Management Services, Pak Pansy and Pentagon Fumigation Services suddenly stopped Fumigation late on Wednesday and as result of which exports and imports have practically stopped due to non-fumigation of consignments,” an official informed this scribe.

A member of the inquiry committee, when contacted, said that it would investigate the matter as per its mandate. “When a company is doing fumigation unlawfully even without the stock of chemical, how can it be allowed to keep doing illegal practices undermining the country’s import and exports,” he said adding that the committee would submit its findings to the relevant authorities soon.

Meanwhile, REAP has written a letter to MoFS&R for immediate intervention as their export consignments were stuck up at ports.

“We have been receiving complaints from members that their shipments are ready for export but due to non-issuance of phytosanitary certificate, all cargo is on hold. It has come to our knowledge that fumigation agents have stopped undertaking fumigation through Methyl Bromide. Due to this reason, all export trade to sensitive countries is on halt which will create serious challenges to this second largest export trade of Pakistan,” the association said.

It may be added here that the same company, Adeel Pesticides earlier on November 21, 2021 had stopped fumigations on Torkham border over protest of the importers of cotton for charging higher price of fumigation by the company.

Later the Afghan Inter-Ministerial Coordination Cell (AICC) had taken notice of disruption of imports at Torkham border for negligence of MoFS&R. The Prime Minister, after knowing the whole story of the company’s monopoly and its impact on the export and import of the country, had directed authorities concerned to send the issue of malpractice to the National Accountability Bureau (NAB). However, later it was decided to first inquire the matter at ministry level.

According to sources National Security Adviser Dr Moeed Yusuf informed the Prime Minister that there was a monopoly of one company which deals in fumigation of all importing and exporting items in the country. The advisor had noticed the same when he tried to know reasons behind a halt in trade at the Afghan border.

In order to keep one company with the support of DPP officials, other registered 50 companies of methyl bromide were also not allowed to import and participate in the fumigation process.

MoFS&R Secretary Tahir Khursheed, did not reply to queries shared with him till filing of this report.