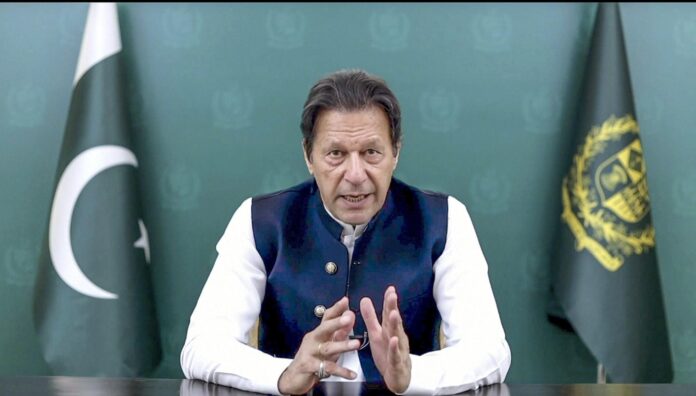 In his address to the nation on Monday, Prime Minister Imran Khan announced a complete tax exemption for information technology (IT) companies and freelancers, reverting the earlier status of the IT industry as tax-exempt.

In his address, Prime Minister Imran Khan said that a 100 per cent capital gains tax exemption will be given for investments in IT startups, besides easing foreign exchange restrictions for the industry.

Today’s announcement of incentives for IT sector comes a few days after Prime Minister Imran Khan approved multiple reforms to facilitate the IT, freelancer, and startup sectors.

These reforms, introduced last week, included tax benefits as well as other fiscal and non-fiscal incentives.

As per the official document released in this regard, “Tax exemption for IT/ITES firms and freelancers for five years to be implemented through amending the Income Tax Ordinance 2001 by April 2022.”

The sector suffered from double taxation as its services were charged taxes at a business level as well as at an individual level when the profits were distributed to shareholders. The proposed reforms also aim to resolve this issue by onboarding all stakeholders.

“Long outstanding issues of IT companies regarding easy inflow/outflow of Foreign Currency, has also been addressed as Specialized Foreign Currency (FCY) accounts for IT/ITES companies and freelancers will be introduced to meet their operational needs,” the government said last week. “PM has directed to allow IT/ITES companies and freelancers to retain 100 per cent of remittances received through proper banking channels, in FCY accounts without any compulsion to convert them into PKR.”

Additionally, outward remittances from FCY account for Pakistan Software Export Board (PSEB) registered IT companies and freelancers will be facilitated through the lifting of restrictions.

The prime minister also directed the State Bank of Pakistan to introduce financing streams for the IT/ITES sector and freelancers keeping in view operational architecture and industry needs for these sectors. While the proposed reforms also suggested the use of registered firms or professionals’ USD balance as collateral for financing.

Furthermore, certain sectors of Islamabad were proposed to be declared as special technology zones after which a similar concept is to be replicated in Lahore, Karachi, Peshawar, and Quetta. The reforms also included the launching of the Pakistan Technology Startup Fund for the creation of a public-private partnership venture capital fund.

The fund will be created under the National Technology Fund (IGNITE).

The IT and ITeS sector is seen as the backbone for the growth of the country. The industry brought in more than $2 billion in revenues in the last fiscal year.

As per the Ministry of Information Technology and Telecommunication (MoiTT), Pakistani freelancers alone generated $216.788 million by exporting their services in the first half of the fiscal year 2021-22 (July to December 2021), an increase of 16.74 per cent from the same period last year.

The reforms are an attempt by the government to encourage the IT and ITES sector to bring in their foreign remittances to Pakistan (currently, parked in offshore accounts), while also encouraging foreign businesses and venture capital firms to invest in Pakistan and Pakistani startups to help create jobs for the youth bulge of the country.