Good business leaders create a vision, articulate the vision, passionately own the vision, and relentlessly drive it to completion. – Jack Welch 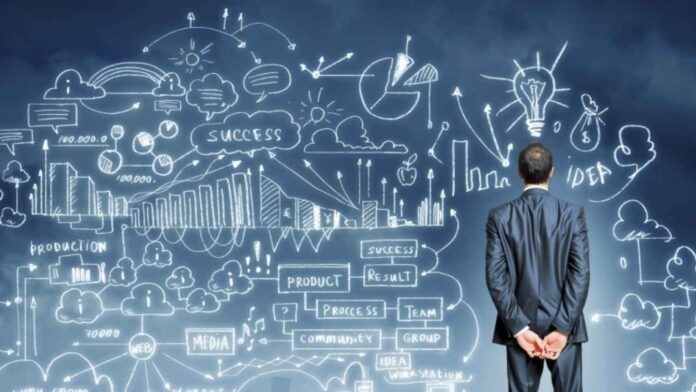 The coronavirus pandemic has altered the landscape of the business world in a multitude of ways. While some businesses have struggled to adapt to the emerging challenges, several opportunities have been created in different markets that companies have capitalized on. Generally, there has been a rise in the number of startups across different industries that aim to bring innovative solutions and products to better address the existing deficiencies in the market. Startups can be defined as a newly formed venture that aims to disrupt the industry by offering a creative product that addresses a marketplace need with a particular focus on doing this with rapid pace in order to achieve substantial growth in a relatively short period of time.

A startup is usually defined by its ability to consistently innovate to disrupt the norms and the existing trends of an industry through the creation of new solutions that are able to tackle problems more effectively in comparison to existing offerings. Therefore, it is quite common for startups to be referred to as ‘disruptors’ of their respective industries. Startups have caused quite a stir in different industries in recent years with certain entities achieving unprecedented success in a short time frame. To understand how this is possible, we need to be aware of the dynamics of what makes a startup successful.

First and foremost, timing is a crucial element of defining the success of a startup. Based on the existing market trends and customer needs, a particular startup may be able to achieve a substantial level of success. As an example, in the late 1990s most of the models on the internet were based on web portals which focused exclusively on pure traffic generation. It was at this time that Google came forth with a product that was based on a search engine that would be capable of directing relevant consumers to websites and lead to more meaningful traffic generation. This model enabled customers to find relevant websites more easily and ensured that websites would be getting visitors that would likely generate sales. Over the course of the early 2000s, the value of Google became evident to their competitors who tried to create their own search engines, Google has been able to maintain their superiority and has become the most popular search engine in the world. Whilst there is no doubt that Google’s product was revolutionary, it was also important to launch the product at a time when its competitors had not realized the changing trends in the market. Hence, startups must ensure that their product is launched at a time when they can capitalize on existing trends and needs to build significant momentum for the growth of the startup. Another key component is to conduct a thorough analysis of the market and ensure that there is a significant need for a particular product or service that the startup aims to provide.

Certain startups are not able to succeed in the long term because their opportunity to grow is quite limited due to the small size of market that they operate in. Hence, it is critical that a startup targets a market that has a significant number of customers and ultimately this would provide more opportunities to target specific segments whilst also ensuring that there are greater chances of the startup growing successfully. Lastly, the presence of a strong business plan and its implementation will define whether the startup will be successful or not on multiple levels. A sound business plan will usually focus on capitalizing existing market trends and provide a definitive pathway of how the startup will grow. A plan that provides clarity on the steps that the company will take to achieve its intended level of growth and ensures that there is a powerful commitment to the founders’ vision will increase the likelihood of the startup receiving considerable backing from investors which ultimately gives the startup a solid financial basis to achieve their aspirations.

Having understood some of the determinants of what makes a startup successful, it is also important to realize why startups have increasingly become more prominent in the last decade and their advantages. Startups are particularly known for their agility and can adjust better to unexpected circumstances. Unlike large companies who usually suffer from a mindset of resisting change and therefore are unable to make appropriate decisions quickly, startups are quite flexible in their approach which allows them to adapt better in a variety of situations. Startups consistently focus on making small modifications to their business models and processes which allows them to overcome potential weaknesses whilst also ensuring that they are in a better position to take advantage of new opportunities. Additionally, startups are known for the presence of a strong team culture. Since a startup usually has a small number of employees, there is a closer bond between the employees, and they can better function together as a unit to achieve the objectives of the company. Startups also provide people with the opportunity to take ownership of challenging tasks and allow them to explore their potential.

This ultimately becomes a crucial component of why top-level talent is eager to join startups as they are given the opportunity to take greater roles which allows them to develop professionally at a faster pace when compared to a typical company. These characteristics ensure that startups are becoming increasingly valued by different stakeholders all over the world and this is not limited to any particular industry. Over the last 5 years, startups have risen in industries such as technology, finance, e-commerce, education and healthcare.  The rise of startups has contributed to the development of several economies and created value for a variety of stakeholders. With this context in mind, it is no surprise that governments across the world are trying to launch several initiatives that promote startups and ensure that the right environment is created to facilitate their success.

Internationally, there are several successful stories of startups which have left their mark on their respective industries.  In the early 2010s, edutech startups such as Udacity and Coursera were founded with the aim of making quality education accessible to people all over the world and especially providing courses that aim to develop the skills of professionals. Over the last 10 years, these platforms have grown substantially with institutions and corporations collaborating with these startups to provide a high standard of learning experience to concerned individuals. Looking at the healthcare sector, there have been several startups that have played a significant role in the last decade. Some may be surprised to know that the Moderna COVID vaccine is produced by a startup that started just 11 years ago. Moderna Therapeutics has successfully contributed in developing several healthcare products and solutions that have helped to tackle various types of diseases. Their success is reflected in their market capitalization which is over $60 billion.

Moreover, the number of Fintech startups have risen significantly as the world moves towards adopting digitalization in finance. As an example, there is a substantial market for making financial services accessible to a significant proportion of the population in different African countries. As a result, this market has served to be the perfect breeding ground for fintechs to develop and capture various segments of the market. In 2018, OPay was launched in Nigeria with a focus on making payments easier. Over the course of the last 3 years, they have successfully established a consumer base of over 150 million and in 2021 they raised the highest amount of capital ($400 million) amongst all Fintechs in Africa. These are just a few examples of how international startups have shaped different industries and a similar pattern is also visible in Pakistan.

There are several factors as to why Pakistan has become a hub for startups. Primarily, there is a substantial need for development in various sectors in order to improve the living standard of the population. In other words, there are several problems in the developing Pakistani economy that need to be addressed and startups are motivated to bring new solutions to tackle these challenging issues. In recent times, startups have become a hot topic of discussion for the Pakistani public. There are several startups that have raised eye-popping funding as investors recognize the potential of startups in the Pakistani market. According to an article published in Dawn, the total amount of funding raised by all startups in 2021 was over $360 million. In comparison, only $66.44million was raised in 2020.

A wide variety of startups have had considerable success in their funding rounds. Airlift raised an astronomical $85 million in their Series B round and Bazaar was able to raise $36.5 million across two rounds. Additionally, Jabberwock Ventures which is the parent company of Cheetay Logistics and Swyft raised approximately $20 million. With such support from investors, startups have a solid foundation to achieve their vision and leave a meaningful imprint on the Pakistani market. These startups have achieved considerable success due to their adaptability and flexible approach to solving problems that have ensured that people easily turn towards them for their needs. The younger generation is tech-savvy and they are increasingly using services by startups that are more accessible to them in comparison to large corporations. Startups have had a positive impact on the economy and their long-term benefits ensure that they will continue to attract consumers from various segments. Russell Simmons who is the founder of Def Jam has summed up the essence of why startups continue to be successful when he says: “You just have to pay attention to what people need and what has not been done.”

Facebook
Twitter
Linkedin
WhatsApp
Email
Previous articleHow Asaan are the new Asaan Digital Accounts?
Next articleWhat’s going wrong in q-commerce and what we can do about it