The start-up culture is causing Pakistanis (& Wapistanis) to dream 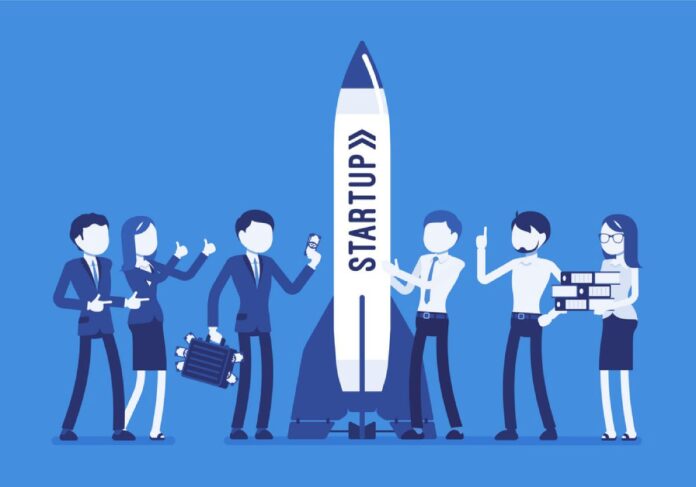 Rising inflation, declining foreign reserves, energy shortages, political instability – These  headlines make a grim reading for any investor. But in all the negativity that is engulfing  Pakistan currently, there is one silver lining: Booming start-up ecosystem. Pakistan is, after  all, one of the few untapped frontier markets.

Pakistan is at a unique crossroad. Being the fifth-largest population in the world, more than  60% of its population is under the age of 30 years. More than 50% of the population has  access to broadband/3G/4G services and there are more than +190m cellular subscribers.  The country has strong growth prospects, driven by the large, tech-savvy young population  and a growing consumer middle class.

In 2021, Pakistani start-ups attracted $365 million in funding. During Q1’22, they have  managed to attract +$170 million in funding – at a time when commodity pressures and  regional conflicts across different regions led many to believe that a market correction is  due, with many fearing drying of follow-on funding. With more funding rounds in the  pipeline, we could very easily see the $365 million mark being exceeded by Q3’22. 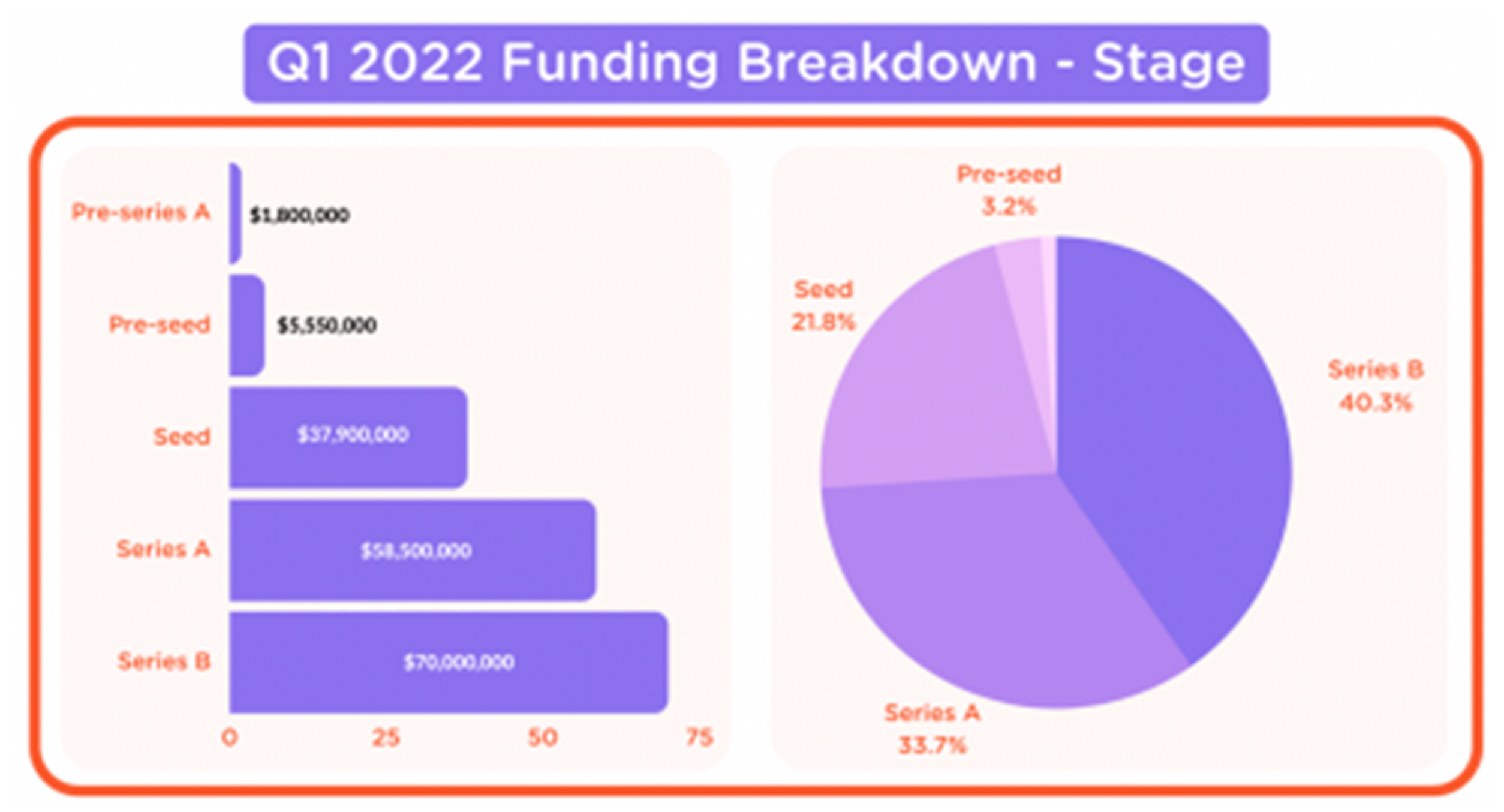 Majority of Pakistani start-up fundraising is concentrated within B2B or B2C e-commerce,  fintech, and logistics. This is a trend that can be observed in a lot of emerging markets as the  ecosystem starts to grow. With increased digital adoption and a growing consumer class,  these verticals have demonstrated a high growth rate, often in correlation with each other.

Investors also feel more comfortable in taking exposures in tried and tested models in  comparable countries. This is because they understand the business model better after  seeing it successful work in other markets. The success of Khatabook or Udhaar in India or  Tani Hub in Indonesia makes it easier for investors to take exposures in Credit Book or

DigiKhata or Jiye Tech in Pakistan. Founders still have their work cut out as they localize  their business models for market adoption. While tried and tested model remain a  preference, other verticals are also picking up pace, as reflected by the funding rounds of  Metric (Accounting), DaftarKhawn (Real Estate) and Oladoc (Health tech).

What is also encouraging to note is the high level of interest that Pakistani start-ups can  generate from foreign venture capital funds. There has been a substantial rise in foreign VCs  leading later stage funding rounds, which reflects the acceptability of Pakistan promise by  both foreign & institutional investors and strategic players.

The acceptability of the ‘Pakistan Story’ and the reinforcement of confidence in the start-up  ecosystem has led to many strategic players make early bets in the ecosystem. Zaraye raised  $2.1 million in pre-seed from Tiger Global while Kleiner Perkins is backing Tania Aidrus in her  attempt to set up a neo-bank in Pakistan. This is happening at a time when foreign investors  are reducing their exposure to Pakistan Stock Exchange (PSX), more than $340 million worth

One of the primary factors driving the wave of tech enabled start-ups is the rise in internet  penetration across Pakistan. When Dawaai, an online medical store, started in early 2014,  there were only 3 to 5 million broadband users in the country. Now, the number is well over  100 million. Internet penetration & the acceptability of digital solutions have influenced  consumer preferences and therefore have increased the addressable markets for these player manifolds.

Another factor driving this growth is the ‘Wapistani, effect – a term coined to describe the  increasing number of the Pakistani diaspora community coming back to Pakistan. These  Wapistanis – having experience of working in mature ecosystems and been part of  successful start-ups –bring with them the experience, expertise and value creation required  to mature a nascent ecosystem.

The value creation element has also been aided by the desire of top-tier talent to work for budding start-ups rather than established MNCs. This has led to an increase in talent wars,  as organizations fight to attract and retain the best talent. Programs like Venture for  Pakistan are successfully mentoring and training a pipeline of talent to join these start-ups.  Many of these people eventually venture off to begin their own start-up. The local  ecosystem is all too familiar with the Careem mafia.

Pakistan’s regulatory environment continues to enable the growth of the ecosystem due to  its business-friendly policies. The introduction of Electronic Money Institutions (EMI)  regulations, Digital Banking Policy (2022), National eCommerce Policy, Digital Pakistan  Policy, GEM listing board at the Pakistan Stock exchange are some of the initiatives that  have driven confidence of the ecosystem participants. As the SBP, SECP, STZA and other  regulatory bodies move forward, we can expect the regulatory environment to mature even  more.

As more and more later stage funding rounds take place, one cannot rule out a possibility of  a big-name start-up failing to fulfil its potential and shutting down its operations. While this  may reflect negativity on the ecosystem perception and on investor returns, it would be  beneficial for the ecosystem. Start-up founders would use the failure as a learning to  understand what went wrong and how to avoid trading down that path in the future.

With more than 50% of the economy undocumented, lack of tech adoption by established  businesses, cash-dominated transactions, low financial inclusion (21%) and changing  consumer preferences – the opportunity to disrupt different verticals in Pakistan is huge and  Pakistani start-up founders are doing justice to it. The start-up ecosystem has given hope to  a country that is continually marred by constant shocks – be it political, social, or economic.  With start-ups, human capital in the country sees an opportunity to live their own “Pakistan  Dream”. After all, this is the dream that started the Wapistani effect.

Osama Riaz
Osama Riaz works as an Investment Associate at Sarmayacar – an early-stage venture capital fund partnering with tech & tech-enabled start-ups. To learn more about the Pakistan start up ecosystem, he can be reached at [email protected]