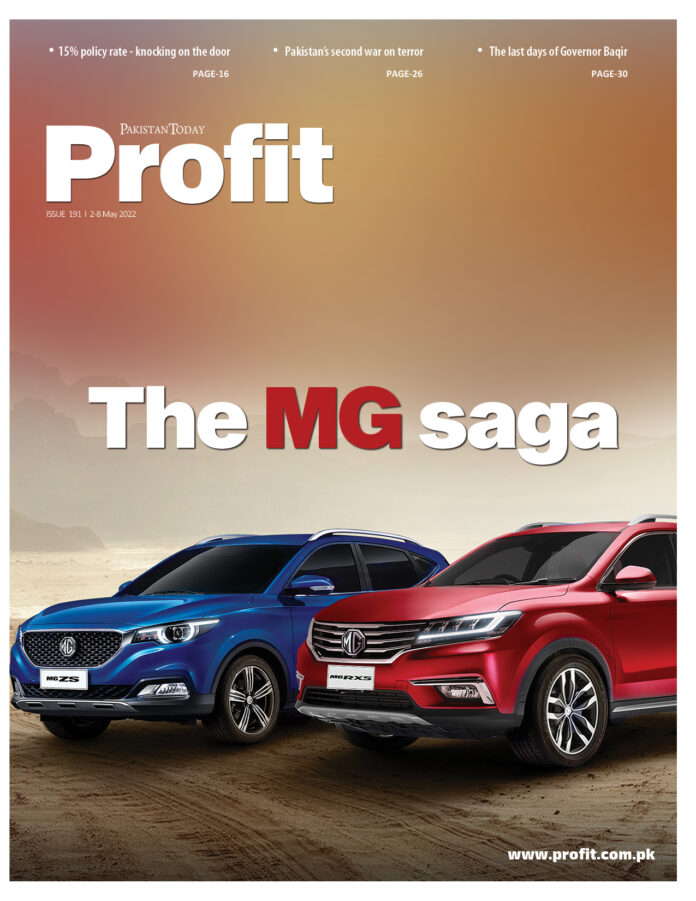 The market is far ahead of the authorities today. It is demanding a return of almost 15 percent on money it loans to the government for any period beyond six months. At least that is what the results of the last Treasury Bill auction seem to reveal. Meanwhile the State Bank has kept the policy rate at 12.25 percent since April 7. It is quite obvious to everyone by now that the central bank and the country’s financial sector are not seeing reality in the same way.

This disconnect was inevitable. All through 2021 the State Bank was glad to play its part in furthering the Prime Minister’s agenda of pushing growth, at all costs. The year 2021 began with the government standing on the doorstep of the IMF while at the same time crowing about its growth rate to the people at home. This was the first sharp disconnect between word and deed. Countries with growing economies that need IMF support to keep the growth rates going should not brag about the sustainability of their policies.

That gap – between word and deed – is now apparent in the gap between the policy rate and the rates being demanded by the country’s lenders. Our own history teaches us that whenever this happens, it is the government that has to bow and accept the verdict of the market rather than the other way round.

That is what is happening now. The pressures building up in the financial markets are difficult to spin away, except for the most determined souls perhaps. The exchange rate and the interest rate are both coming under growing pressure and it is easy enough to now foresee another hike in interest rates. Quite possibly this might require another “emergency monetary policy committee meeting”, as has happened twice already within the last five months. A third such occurrence – no matter how necessary it is – will be a terrible blow to the credibility of the State Bank itself.

Everybody knew that these pressures were building up in the economy all through calendar year 2021. The current account deficit had appeared earlier in the year and grew throughout. The exchange rate started to take a battering from May 2021 all over again, and by August news had broken that serious interventions were being undertaken in the interbank market to shore up the value of the rupee. And inflation rose throughout the yet.

Today the markets are calling out the spin the former government put on the vulnerabilities its own growth process had spawned. Today the markets are saying that inflation will continue to rise, and so will the government’s borrowing requirement as the fiscal deficit continues to surge. And the market is now demanding its pound of flesh in return for continuing to finance the fiscal deficit in a high inflation environment.

But there is another thing that everybody knew, even if they were circumspect about saying it out loud. The economic growth that the previous government pushed using fiscal and monetary levers was always unsustainable, with or without the recently announced caps on fuel and power prices. Sooner or later the bill was going to come due. The government’s misfortune is that they came into power precisely at the time when this bill began to mature.

To arrest the decline of the foreign exchange reserves it is now necessary to halt the economic growth the previous government brought about, via massive state sponsored stimulus. This was always the big decision hanging over Pakistan’s economic management: when to unwind the stimulus the previous government announced in the wake of the Covid lockdowns. For almost 18 months the State Bank ran negative real interest rates, which contributed the lion’s share of the monetary stimulus if proudly presented as its signature achievement. On its website, and in the pronouncements of its Governor, the State Bank said that the size of this stimulus was almost 5 percent of GDP.

Fair enough. But there was a right time to start unwinding this stimulus. It could not, quite obviously, continue forever. According to one view that right time was in March 2021, almost exactly a year ago. But the Governor thought better of it. First he signed an IMF program that envisioned an unwinding of this stimulus, but when the finance minister Hafeez Shaikh was unceremoniously fired, the Governor decided to do everything in his power to stay on the right side of the Prime Minister.

The result is where we stand today. The government has to pay near historic high interest rates on all debt it will be contracting from here on, and the exchange rate may well have to see another large devaluation. These steps will be necessary to avert a full scale collapse. They will also be necessary to resume the Fund program.

So the government has decided on the oldest, and more reliable, of the tricks it has used so far. It has decided to make a personal visit to the Saudi Arabian capital and ask the Crown Prine for a bailout. If he succeeds it can potentially take the edge off the adjustment  that is inevitable coming our way. But if he fails, it will be quite critical to figure out the way forward.

Pakistan is no oscillating between many dangerous extremes. Getting them to work together will be Shehbaz Sharir’s biggest opportunity. Or it might be the opposite.

Crises evolve at an exponential pace. Much like a herd of animals spooked by the scent of a nearby predator, once markets smell a...
Read more
COMMENT